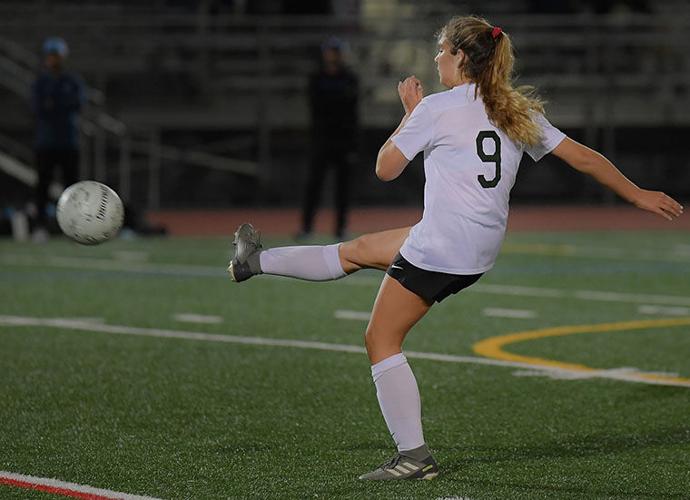 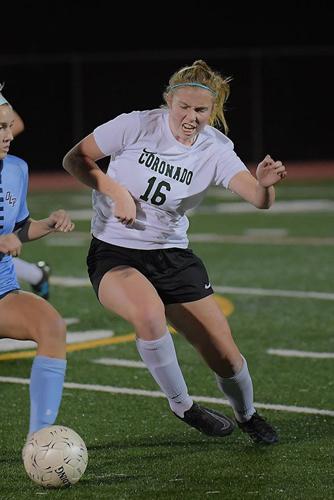 Another week, another pair of wins for the Islanders Girls Soccer. With their 2-0 over Our Lady of Peace (OLP) and 4-0 victory over Mission Bay, the Islanders started league play with two massive wins and extended their winning streak to five games. So, saying the girls in green and white have been on fire is almost an understatement.

In the Islander’s first matchup of the week versus OLP, it was a game that was defined by the play of the Islander’s backline and midfield. Coronado had an impressive 13 steals as a team, with a team-leading three from senior Lana Allari-Smith, who played perhaps her finest game of the 2021 season Tuesday night.

Elsewhere on the backline, Ava Worthy and Giana Quijano continued their dominant work on the defensive wings. Samantha Christie and Emily Kutie put on a masterclass on ball distribution and defense in the midfield. Both recorded multiple steals while helping start or keep the tempo on several Islander attacks.

Offensively against OLP, the usual suspects put the ball in the back of the net as Riley McGrath would tally the first Islander goal in the 35th minute for her sixth goal of the season. The second and final goal would come in the 77th from Katelyn McGrath, cementing the Islanders 2-0 win.

While the defense stole the show in the first match of the week, it would be the Islander’s offense and attacks that would prove the be the signature of the Islanders 4-0 win over Mission Bay. Christie would get the fireworks going early as the senior netted the opening goal in the 4th minute. A mere 10 minutes later, Katelyn McGrath would add a goal to make it 2-0 at the half.

With the two wins, the Islanders now sit at 8-1-2 and 2-0 in league play and have quickly become one of the county’s best teams, and it’s easy to see why. Coronado offensively possesses a goal differential of +27 while averaging about 2.6 goals per game that alone will win you a lot of games.

But defensively, the Islanders have only allowed two goals all season, both of which came in a match back in November. Think about that for a minute. Not only can the Islanders light up the scoreboard, but they play impenetrable defense. A deadly combo.

For this week, the Islanders will face off versus Santana on Tuesday, Jan. 18, then return home for a league game against rival Point Loma on Thursday, Jan. 20, at 6 p.m.