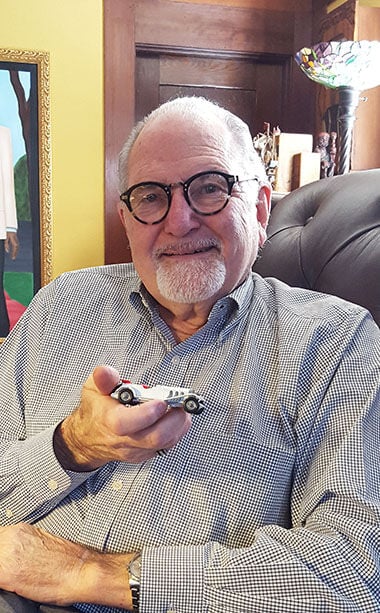 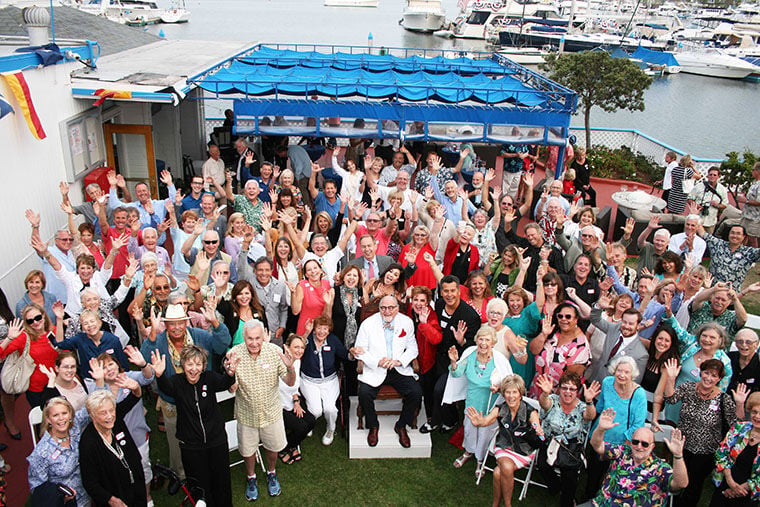 Dr. Donald Dill (center) is pictured at a gathering in his honor held at the Coronado Yacht Club.

Dr. Donald Dill (center) is pictured at a gathering in his honor held at the Coronado Yacht Club.

Never has one person had such a profound effect on Coronado as the late Dr. Donald Dill. This small-town doctors’ doctor delivered more than 2,000 babies here, helped thousands of others cope with their final days, meeting their end with dignity and grace. His list of patients exceeded 100,000. He provided the sort of intimate attention and doctor/patient closeness only found in old movies today.

Coronado’s beloved and cherished small-town doctor died May 9, 2020, of complications from a stroke. He was 87. By all accounts, he died a happy man, content with his life and career, and as in love with his wife Christine as the day he was on their first date.

When he arrived in Coronado as a young Navy Flight surgeon in 1961, Don Dill fell in love with the charm and intimacy of Coronado. He performed his first surgery in the old Coronado Hospital, on Orange Avenue.

He delivered babies in the most unusual locations imaginable, or wherever the mother happened to be when the baby decided it was time. It wasn’t uncommon, before the bridge was built in 1969, to find him loading up pregnant patients on the slow-moving Coronado car-carrying ferryboats, to take them across the bay in search of a surgical environment small-town Coronado simply couldn’t provide. Dr. Dill operated out of the old Navy Annex at North Island, the old Coronado Hospital, and the current Coronado Hospital, as well as Mercy Hospital in San Diego.

Donald Monroe Dill was born March 10, 1933 in Bryan, Ohio, a small town of 5,000 people. He was one of two children born to Everet Monroe Dill and Elizabeth Florence (Quelette) Dill. A sister, three years older, pre-deceased him.

He briefly considered the priesthood, but was so inspired by his own small-town doctor in Ohio, and how he defined the term “general practitioner,” Don elected to go to medical school. He remained a spiritual man the rest of his life, but medicine was both his profession and his religion.

Dr. Dill performed his undergraduate work at the Ohio State University, and remained a loyal fan of their football and basketball teams his entire life. He was, himself, a fantastic athlete, standing more than six feet, and earned the nickname “Elbows Dill.”

He graduated from Jefferson Medical School in 1958 and started practice in 1961 as a naval flight surgeon for four years. He enlisted in 1954 and was discharged in 1962. It was the United States Navy that brought the tall, dark and handsome young doctor to Coronado.

In a letter from his captain, to an admiral at the Bureau of Medicine and Surgery in 1957, Don was described as thus, “He is a fine-looking officer with plenty of ability and personality.” His captain went on to say Don possessed, “… exceptional intelligence, drive, personality, vigor and unusual ability.” This could accurately describe Dr. Donald Dill throughout his entire life.

Typically, he would see 50 patients a day, do a surgery or two, a baby delivery, and still have to cover the Emergency Room. He frequently slept overnight in the hospital to keep a close eye on his patients. At one point in his career, Dr. Dill actually had to close his practice for 15 years. “I had too many patients, and there’s just so much time in the day,” he would say.

In addition to practicing medicine on Coronado residents, he frequently helped with Navy personnel on North Island and the Amphibious Base. He made many calls to the Hotel del Coronado to treat tourists. Records show he treated celebrities such as Jerry Lewis, Orville Redenbacher and Dick Van Dyke, among others.

Dr. Dill’s presence as Coronado’s premier doctor has inspired many to seek careers in the medical field. He led an Explorers Scout unit in Coronado and 20 of those students went on to become doctors. Don started the Alcohol and Drug Rehabilitation Center in Coronado and served as director for quite some time. He would often recall that time as the most rewarding experience of his life – dealing with people who had become clean and sober and reclaimed their lives.

It was not uncommon for Dr. Dill to treat four generations of the same Coronado family. Every year he and Dr. James Mushovic would purchase 50 tickets out of their own pockets and take Coronado children to San Diego Charger football games. Don was a very competitive tennis and golf player and devoted Charger fan.

No shrinking violet, Dr. Dill was loud as could be in his private life. He could often be seen driving his exotic Excalibur automobile around town and down the Silver Strand. Like an athlete taking a deep breath after a big game, he found being at the wheel of this beast of an automobile to be a refreshing act of renewal after a long day at work.

The Excalibur was a 1960s replica of a 1927 Mercedes Benz racing car. It had a long, sleek white body, chrome pipes extending the length of the car, a roaring Corvette engine and bright red upholstery. It looked like something from another time and another country.

Don remarried in 1979. He and his wife, Christine Gordon, led a fairytale life of romance and travel. Theirs was the perfect relationship and something he cherished and boasted of to anyone who would listen. In his final days they were closer than ever. Nothing went unsaid. It was as perfect a good-bye as could be expected.

He was Chief of Staff at Coronado Hospital for five years and gave unselfishly and untiringly to the Coronado Hospital and Coronado Hospital Foundation, to his patients, and to the community of Coronado. It was not uncommon for him to refuse payment for medical services from policemen, firemen and serving military.

According to the Coronado Hospital Foundation, “He joined the Medical Staff at Sharp Coronado in August 1960 and remained on staff as an Honorary Member after his retirement in 2016. Throughout Dr. Dill’s 56-year tenure, he held a variety of leadership and volunteer positions, including multiple times serving as Chief of Staff, member of the Hospital’s Quality Council, Hospital Board Chair and Foundation Board Chair. In 2007, he was elected by hospital employees as Physician of the Year.”

In 2002, Dr. Dill and his wife, Christine Gordon-Dill, were honored at the Foundation’s Annual Grande Ball, and again in 2016 at the Black and White Gala, for his decades of service. Also, that year more than 200 friends, family and former patients celebrated his retirement at the Coronado Yacht Club. That day Mayor Casey Tanaka honored him with a Proclamation declaring not just Donald Dill Day, but for the entire month of July.

To say Dr. Dill helped shape the medical establishment of Coronado would be a vast understatement. His impact on Coronado will never be equaled. Don Dill is survived by his second wife, Christine, three children, three grandchildren, and several nieces and nephews.

Don Dill’s legacy lives on. His family requests that, in lieu of flowers, donations be made to the Coronado Hospital Foundation, “In Memory of Dr. Donald Dill.” Due to the Coronavirus lockdowns, no memorial service is planned at this time, but a celebration of his life will take place in the future.