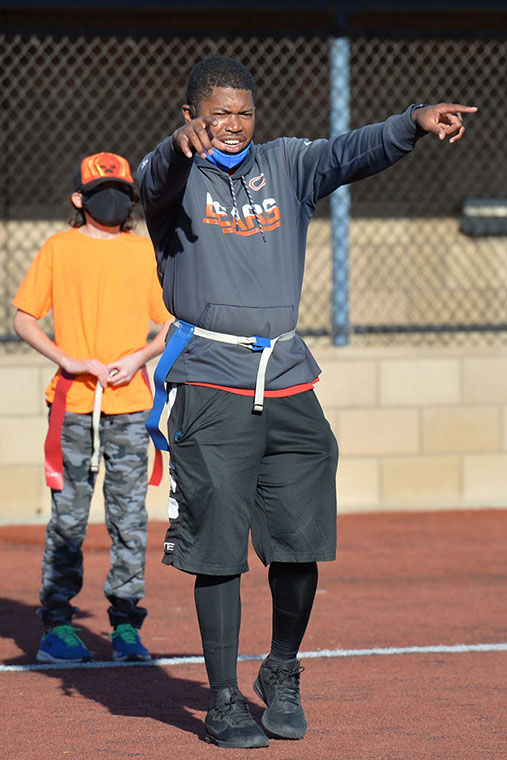 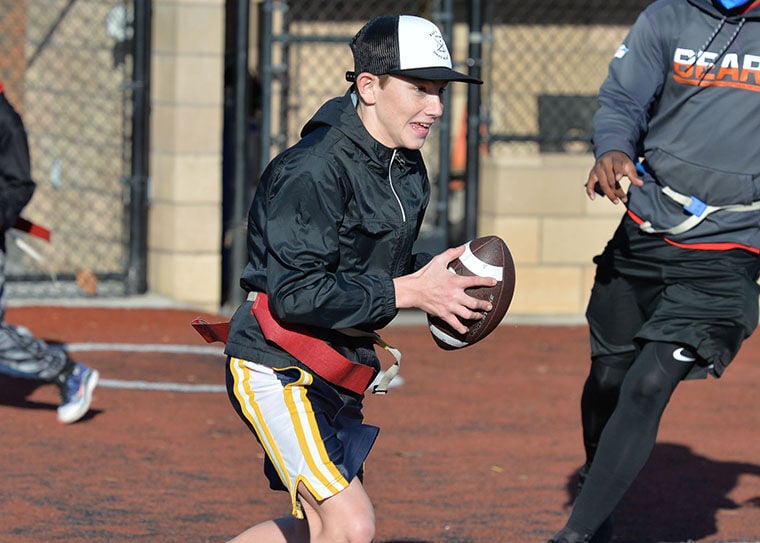 Coronado Middle School student William Foster has his turn at quarterback during a round of flag football at the Islander Sports Foundation’s Recreational Sports camp.

Coronado Middle School student William Foster has his turn at quarterback during a round of flag football at the Islander Sports Foundation’s Recreational Sports camp.

With area schools and some high school sports and clubs taking cautious steps toward reopening, many students and their parents are relieved, seeing a hopeful glimmer of light at the end of a long, twisting tunnel.

That said, while local public schools set to gradually bring back students for in-person learning, most activities for the pre-teen and tween sets have still not resumed, leaving many moms, dads, and kids frustrated.

This past year, with newly appointed Coronado Middle School Athletic Director Kristen Guymon leading the way, the Islander Sports Foundation has really stepped up to fill in the gap, providing safe, fun activities which permit the middle-school aged kids to socialize, exercise, and just play.

One popular ISF offering is Co-Ed Recreational Sports, coached by Village Elementary School (VES) PE aide Andre Murphy. Murphy, who has been at Village for seven years, is something of a legend in his own right on the VES campus. The energetic Murphy loves working with the kids, and the kids love him back. In pre-Covid days, during most days on campus, you might see him surround by students of all ages, shouting “Mr. Murphy, Mr. Murphy!!” jumping and clamoring for their fist bumps and high fives.

In coaching the Rec Sports camp, currently held on Mondays and Wednesdays on Green Field, which is adjacent to Village Elementary, Murphy lets the participants set the tone. The group of 12, which includes two girls, votes on the days’ activities. On any given day, they’ll play three to four games a day, which might include flag football, Wiffle ball, or the tried-and-true playground favorites of kickball or Sharks and Minnows.

Murphy also describes a popular game called “Steal the Bacon,” which is essentially played like the familiar “Capture the Flag” many of us grew up with, but really, calling it bacon makes it so much more appealing, right?

The nature of the games- basically running and dodging, keeps it safe, as there are no face-to-face encounters or physical contact. Playing several different games during each session keeps the kids involved and engaged, and each participant sees play time in every single activity.