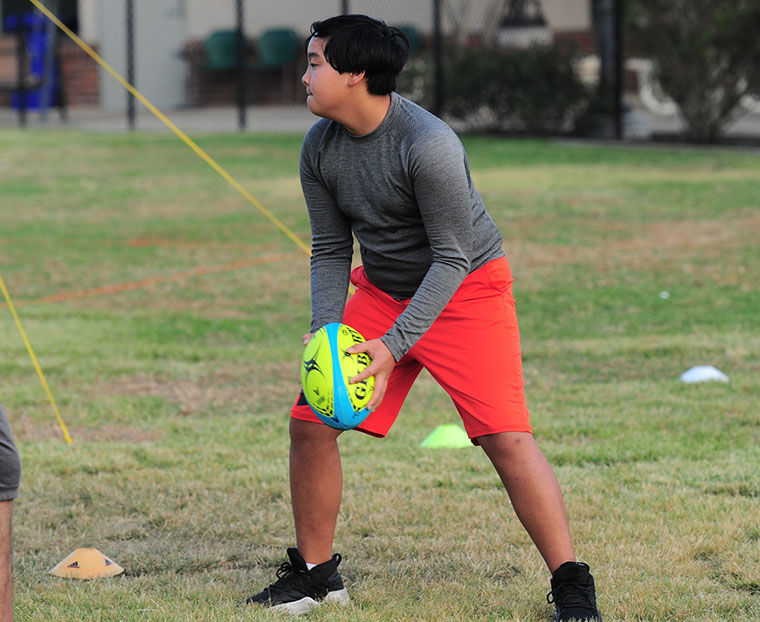 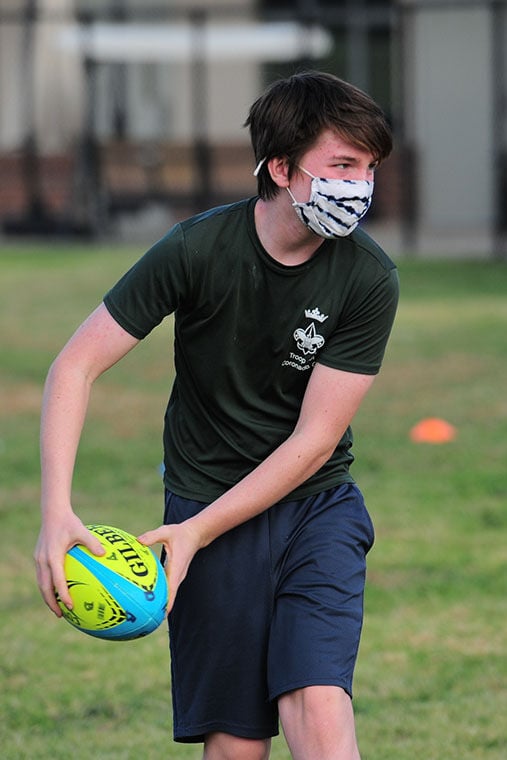 In the seemingly never-ending quest to keep local kids active and involved during the shutdown, for many parents, the Islander Sports Foundation Middle School Rugby program has been a godsend.

Parents have been effusive with their praise of the program, with one parent telling Trujillo “I think you should know that this is huge for my son. I can’t speak for other kids, but I can tell you that this is honestly a real lifeline for him. Because of the environment, there isn’t much to break up the monotony. We try our best, but there aren’t a lot of options. He counts down for rugby practice starting on Saturday.”

Of course we all know rugby as a contact sport, (heavy emphasis on contact), but the Trujillo coaches have worked around the contact component by using flags, cones, and drills, which allows the participants to still feel as though they’re competing.

The club practices twice weekly at the field adjacent to the CUSD District Offices, sharing practice space with the ISF club volleyball team. All COVID-19 safety protocols are observed, starting with temperature and symptom checks at the gate.

During a typical practice, the players, 12 in all, including three girls, warm up with circle passing and stretching, before moving on to “deck sprints,” essentially, running the length of the field, hitting the “deck,” then bouncing up to run back to the starting line. These sprints serve the purpose of developing speed, upper body strength, and core strength, all of which are essential to game success and injury avoidance.

Trujillo also employs tumble training, where players learn how to safely fall both forwards and backwards, then get up quickly to continue running. In the game of rugby, when a player is tackled, the play is not over as it is in football, so the ability to fall, snap up and continue running is an important skill set.

The drills also serve as their own reward for the young ruggers. Though there’s little actual competition permitted, the players use the drills as a metric for their personal successes, adding faster times, more pushups, and quicker starts each time. Trujillo’s other son, Wyatt, who’s currently in Texas looking to play a high level of the game, brought the game Naughts and Crosses back from New Zealand while playing there. Think tic-tac-toe on a large scale, with cones and humans. The games develop skill at the same time they allow for a sense of competition amongst the players.

For Trujillo, who is a former Navy SEAL, the concepts of leadership, teamwork, and camaraderie are as important to the game as speed and strength, and are interwoven into each practice. The players are taught to work with each other, encourage each other, and keep each other going, which, during this strange year which has left many out of sorts and feeling isolated, is especially critical.