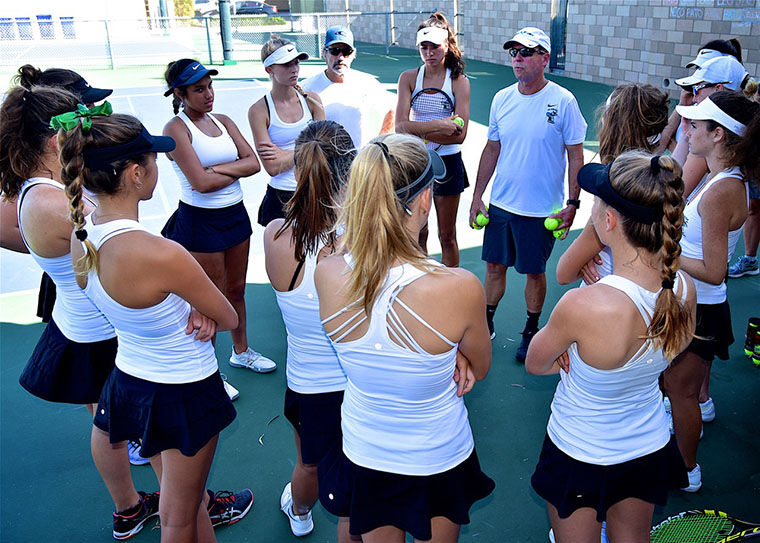 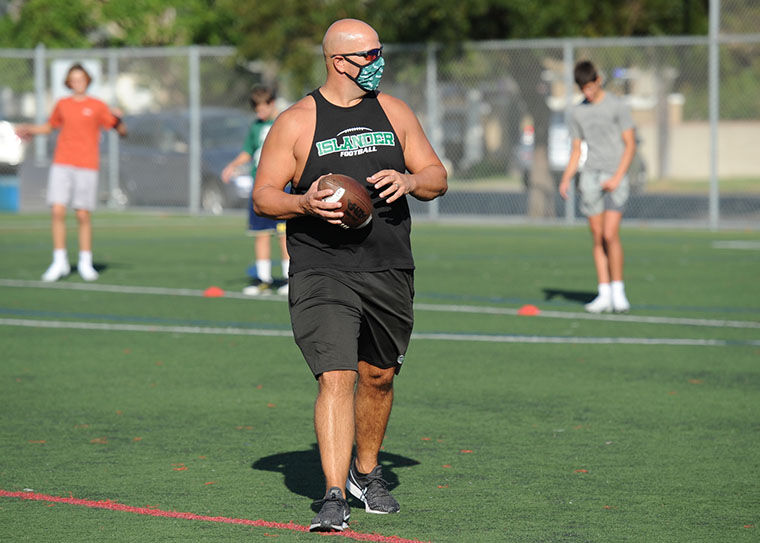 The Islander Sports Foundation announced its opening for its Winter 2021 Sports Camps. Here Islander Football coach Kurt Hines works out with the team. Registration for the Winter Sports Camps began on Dec. 16 at 8 a.m. and will operate on a first-come, first-serve basis, with each winter camp registration/sign-up fee ranging from $10 to $35. According to the Coronado High School athletic director, Robin Nixon, the sign-up deadline is around the second week of 2021.

The Islander Sports Foundation announced its opening for its Winter 2021 Sports Camps. Here Islander Football coach Kurt Hines works out with the team. Registration for the Winter Sports Camps began on Dec. 16 at 8 a.m. and will operate on a first-come, first-serve basis, with each winter camp registration/sign-up fee ranging from $10 to $35. According to the Coronado High School athletic director, Robin Nixon, the sign-up deadline is around the second week of 2021.

On Monday, Dec. 14, the Islander Sports Foundation announced its opening for its Winter 2021 Sports Camps, which included: Football, Men’s and Women’s Soccer, Cross Country, Boys and Girls Basketball, Girl Lacrosse, Girls Volleyball, Softball, and Women’s Tennis. These “camps” are small pods where a regulated amount of students can participate and practice together at one time. The camps are intended to help students continue to play and practice their sports while also following social distancing guidelines and COVID-19 guidelines. Registration for the Winter Sports Camps began on Dec. 16 at 8 a.m. and will operate on a first-come, first-serve basis, with each winter camp registration/sign-up fee ranging from $10 to $35. According to the Coronado High School athletic director, Robin Nixon, the sign-up deadline is around the second week of 2021.

According to Nixon, the registration fees will go towards “costs of PPE, registration portal, and other administrative costs and for some coaches. Any amount collected over these expenses will be given to the individual sport’s boosters club.”

Winter Sports Camps will continue to follow the same set of health regulations used for the previous fall camps. Students will be expected to arrive and depart their sports camps wearing a mask and may at times be required to wear them for some parts of practice as well, except men and women’s basketball who must wear masks the entire practice due to being inside the high school gym.

According to the press release from Nixon, “CIF is scheduled to come out with additional information for the start of Season #1 (Football, Boys and Girls Water polo, Boys and Girls Cross Country and Girls Volleyball) sometime in early January so some camps may need to be rescheduled, dis-continued or hopefully will return to full practices under CIF rules and regulations.”

However, until that final statement from CIF, the Winter Sports Camps listed previously will proceed as planned and run for what is scheduled to be six weeks.

A significant reason for the Winter 2021 Sports Camps’ announcement was the success of 2020 Fall sports camps’ that have been ongoing for the last several months here in Coronado. Because of that, ISF felt it was best to continue to allow high school students to play and practice their respective sports. Some adjustments have been made from the Fall to Winter camps as well. Including the size of the camps. This now allows for a coach-to-student ratio greater than its original 14 to 1 mark.

I asked Islander Football Head Coach Kurt Hines, whose camp will continue into the winter, what his options of the centers thus far were. “The camps have done a great job of allowing athletes to continue to stay in shape and stay on the field. Even if it’s just for practice and in smaller groups. ISF has done a great job of supporting us and allowing us to have these camps.”

Hines also noted that while the camps are providing athletes with opportunities, the chances of a season for some sports seem, mainly his team’s football seasons, appears to be growing slim. “The writing seems to be on the wall. Being so late into this year I don’t see us being able to have a season. It’s unfortunate, but I don’t see us getting students onto the (football) when they’re not even back into the classrooms yet.”

While questions persist and perhaps the confidence of a season even happening for some sports, namely indoor and large teams’ sports, wane. There are some coaches and who firmly believe these winter camps will soon springboard into full seasons. One of those coaches is Women’s Tennis head coach Robb Moore, who said, “I expect a strong turn out yet again for this winter camp team. With tennis, we have the luxury of being a smaller team that is always outside, so we are at a considerably lower risk. For me, I’ve tried to make sure our girls are match ready as I believe that we could be very close to having our season start again. I feel very confident that we will have a tennis season.”

Nixon, like Moore, is trying to be optimistic about the restart of sports “If we saw a major improvement in COVID-19 cases statewide, then I do believe CIF could allow us to resume play. But until CIF makes or comes to a decision, we just won’t know.” While the circumstances remain less than ideal, it does appear that ISF has found a strong alternative to having a regular season with sports camps.