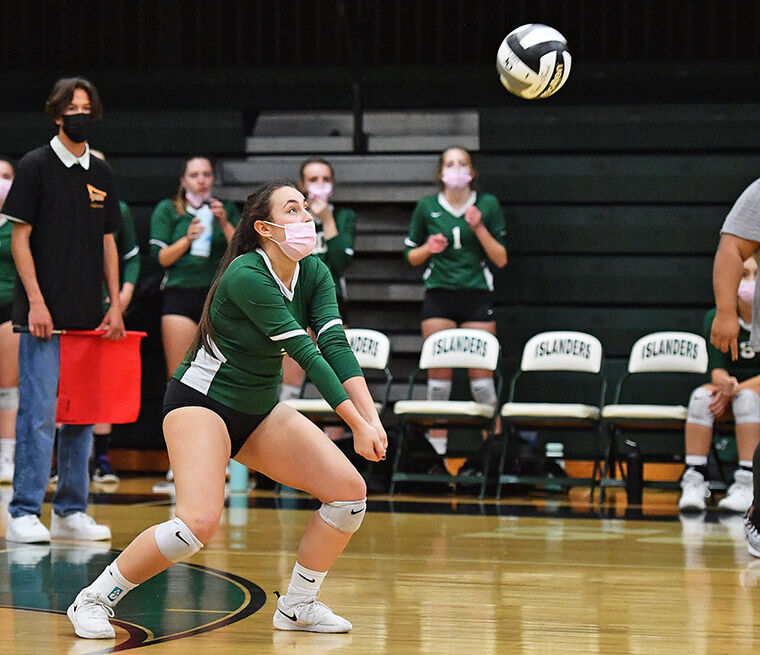 Senior Phina Bustos keeps her eye on the ball for a dig during last week’s CiF first round win over High Tech High. The Islanders came up short on Saturday in Bonita Vista during the quarter round, ending the season for another year. 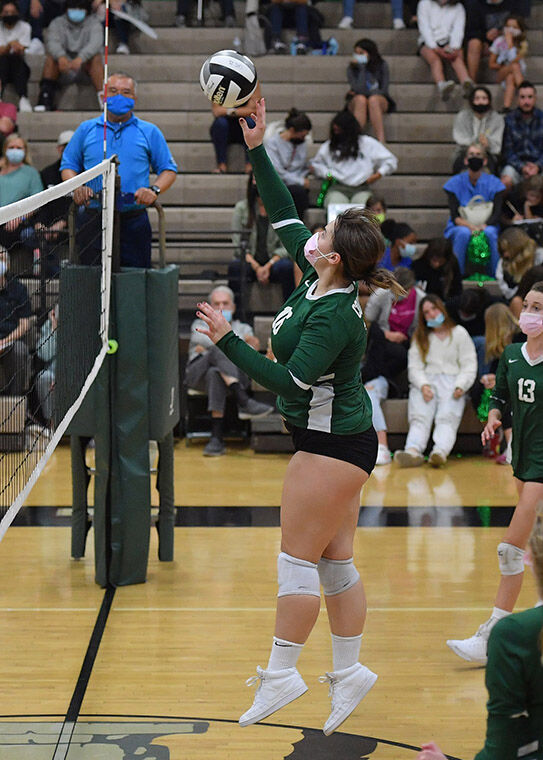 Senior Phina Bustos keeps her eye on the ball for a dig during last week’s CiF first round win over High Tech High. The Islanders came up short on Saturday in Bonita Vista during the quarter round, ending the season for another year.

What an eventful week it was for the Islanders Girls Volleyball team. As the No.7 overall seed in Division III, the Islanders knew they would have to fight hard to earn the 2021 CIF title.

For the first match of the week, Coronado took on No.10 seed High Tech High of Chula Vista. It was a match that was played at an extremely high level, but nonetheless was one that the Islanders came out victorious in 3 sets to 1 victory over the visiting Bruins.

The Islanders controlled pretty much all of the first set with ease thanks in large part to the Islander’s ability to dominate when on serve. It didn’t matter if it was Phina Bustos, Marlie Meoni, or Emily Page serving, all did a fantastic job of ripping off high velocity serves.

Along with the service game, Coronado also had fantastic net play from Allison Wygal, Emily Wygal, and Maddie Flanagan all of whom peppered the visiting Bruins side of the court with a steady barrage of kills, helping them claim the first set 25-18

The second set would be the only time that the visiting Bruins would best the Islanders on Wednesday night as they would claim the second set 23-25 and tie the match at 1-1.

But in the third set, the Islanders would flex their muscles and play perhaps one of their most complete matches of the 2021 season. In the third set, Coronado regularly won long rallies and built off its fantastic service and netplay to win the set with a relatively easy 25-13 and move back to up 2-1 in the game.

In the fourth, and it would prove to be the final set, the Islanders would simply out hustle and outwork the Bruins. Coronado would fly around the court for multiple acrobatic digs, several of which came from Page, Meoni, Zoe Johnstad, and Sadie Proctor.

Much like their previous win, the Islanders seemed to break the back of the visiting Bruins by being able to win these longer rallies. As not only did they seem win crucial points, but they also clearly swayed momentum one way or the other. And that momentum most often went the way of the lady Islanders.

The Islanders would even secure the final point in exciting fashion as Sarah Alexander blocked a Bruins’ kill attempt and sealed the set and match for the Islanders. And most importantly sending the Islanders to the quarterfinals.

However, that’s where the season would end for these lady Islanders as they would fall to Bonita Vista 3 sets to 0. The Islanders battled hard in each set, but it just was not their day.

Overall it was a strong season for the Girls Volleyball team as they finished second in the league, had an above .500 record, and battled every game this season.

To the departing seniors, Allison Wygal, Maddie Flanagan, Phina Bustos, Maddie Ortiz, Marlie Meoni, Chloe Berk, Zoe Johnstad, and Sarah Alexander, we are extremely proud of their fight this season and everything they left out on the hardwood.