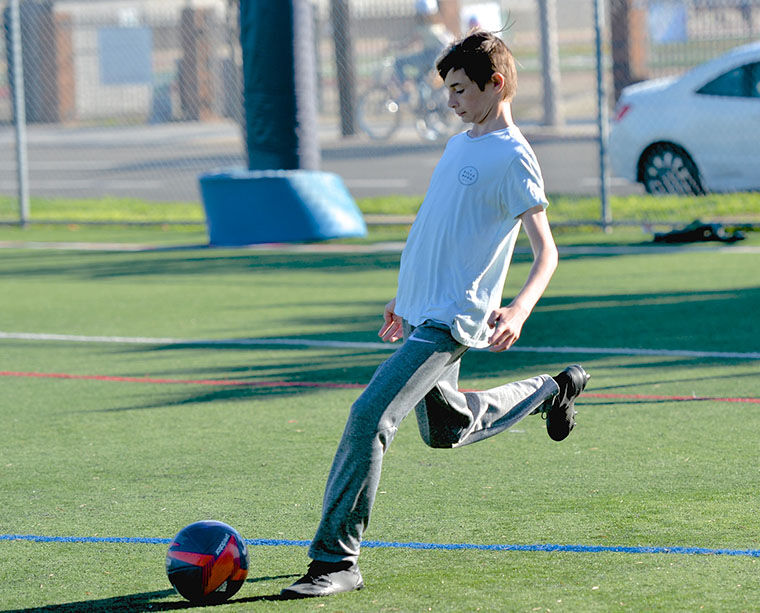 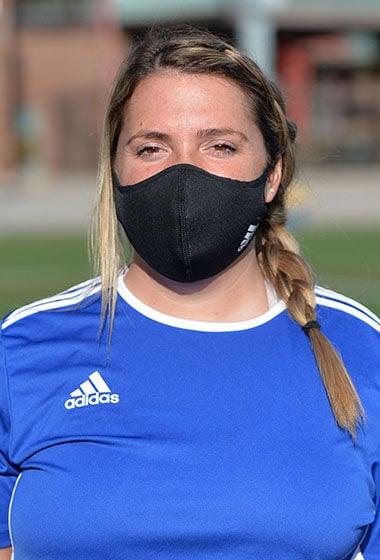 CMS Soccer Enhancement Camp coach Taylor Swope takes a moment for a photo while coaching on Cutler Field at CMS.

CMS Soccer Enhancement Camp coach Taylor Swope takes a moment for a photo while coaching on Cutler Field at CMS.

Though middle school soccer for both boys and girls isn’t new, coaching a sport under the required COVID safety protocols is definitely new for Coach Taylor Swope.

Swope, a native of Ohio, has been coaching middle school boys for three years, while also coaching the girls’ team at Coronado Football Club (CFC).

With parents looking for safe physical activities for their active sons, there was initially a large turnout, with 15 players signing up. The players were divided into two separate groups with different time slots, in order to maximize play time while staying safe on Cutler Field.

Swope, who uses much of her own equipment during the twice weekly camps, focuses on developing and enhancing skills, as many of the participants are relatively new to the game.

Each session has a theme, where the young, aspiring athletes work on ball handling and basics such as correctly dribbling and shooting. Each week, Swope assigns the players to a particular cohort, to minimize contact with multiple players while still allowing the boys to interact and socialize with each other. Although at the start of the camp in December, no scrimmaging was permitted, the rules have shifted slightly to allow the boys to scrimmage in small groups, to get a better feel for the game.

Swope was an avid soccer player in high school, but suffered a career-ending injury, while executing a slide tackle, and turned her thoughts toward the possibility of sports broadcasting while attending Arizona State University. While at ASU, she briefly played club soccer, but the intense heat was a something of a deal breaker for the midwestern transplant.

After accepting a job in the San Diego area, she returned to the field in a recreational capacity, where the weather was more to her liking.

During her own athletic career, she realized how impactful good coaches had been in her life, even long after she left the game, and launched her coaching career with Super Soccer Stars. It was there that a former Coronado soccer coach “discovered” her, and recruited her to coach for CFC (formerly known as Nado Select), the local competitive soccer league for area youth.

Swope recognizes how impactful a good coach can be on and off the field, and thoughtfully observes that, “it’s so much more than just the game”.

Her own experiences inspired her to give back, and coaching has been the perfect way for her to stay in the game, not just as a game coach, but as a mentor.