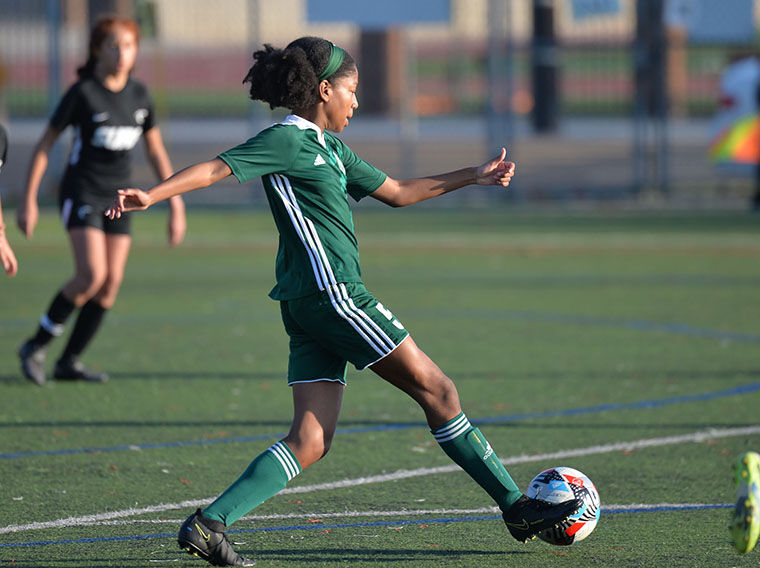 Summer Little moves the ball down the field during Saturday evening’s game on Cutler Field during annual the Crown City Classic, held on field throughout Coronado over the weekend. See Page 19. 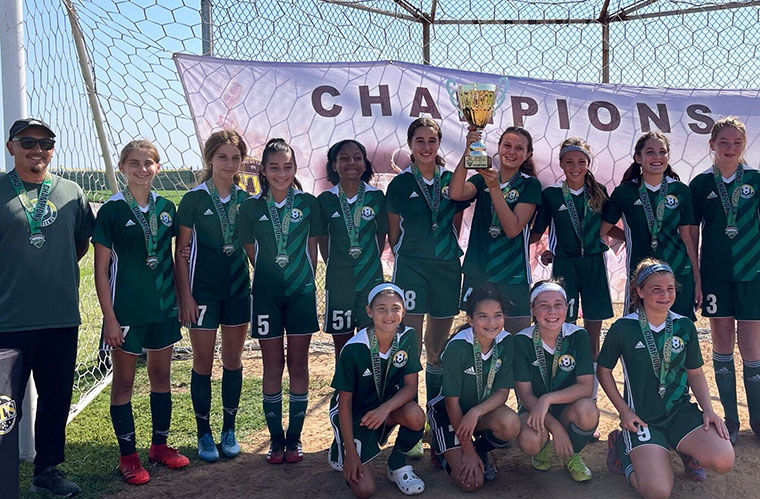 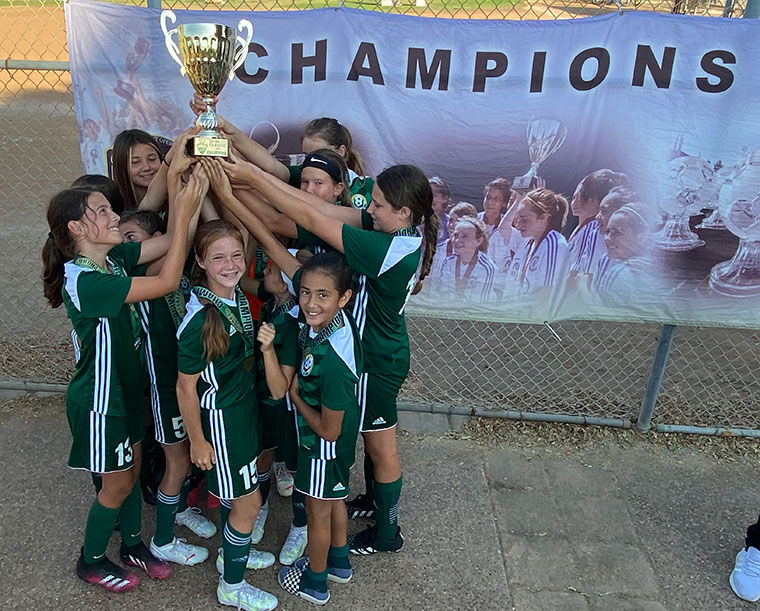 Summer Little moves the ball down the field during Saturday evening’s game on Cutler Field during annual the Crown City Classic, held on field throughout Coronado over the weekend. See Page 19.

The Coronado Futbol Club (CFC) Girls 2009 team won their division at this weekend’s Crown City Classic Soccer Tournament. They finished round-robin play undefeated with a tie against a tough DelMar Sharks team (0-0) and a win against a tough AYSO Extra Region 55 team from Huntington Beach (4-0). In the semi-finals, they continued their winning way by defeating a tough AC Brea team from Brea, California (4-0). That win set-up a tough rematch in the finals against the same DelMar Sharks. A total team effort brought home the victory and championship as Coach Guillermo Hamdan Zaragoza led the team to a 2-0 final score. The G2009 team has now won two consecutive weekend tournaments.

The Coronado FC girls 2008 team also won their Coronado Crown City Classic Tournament division. In round robin play, they defeated a team from South Orange County (Pateadores 4-0), a team from Pasadena (South Valley Surf 3-1), and a team from Chino (Legends FC 7-0). In the championship game, they defeated for a second time the South Valley Surf 4-1. It was an outstanding team effort the entire weekend led by Coach Anthony Valdivia. Summer Little, Victoria Hahn, Jordanne Peterson, Brooklyn Parma, Brielle Andre and Avery Hunter led the offense while Kalista Searles, Sadie Wilson, Elen Verduzco, Ivy Miersma, Ayleen Valderrama, and Sarah Krueger led the defense. Phoebe Allari-Smith was a force to be reckoned with in the goal box allowing one goal in four games. Congratulations to all the girls on a job well-done.