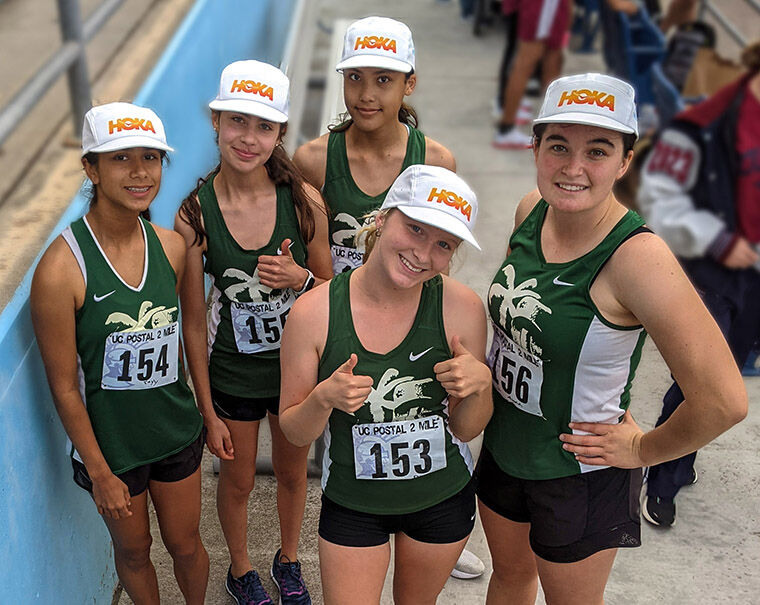 The varsity Coronado High School Cross Country runners in the Hoka Postal Nationals are from left, back row, Jaya Jost, Eva Vinegrad, and Sierra Grella; in the front row from left, Dana Jennings and Anna Youngblood. 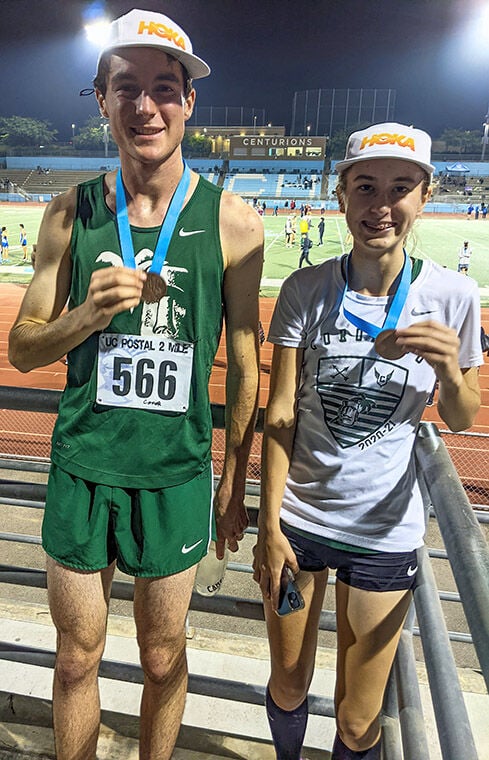 The varsity Coronado High School Cross Country runners in the Hoka Postal Nationals are from left, back row, Jaya Jost, Eva Vinegrad, and Sierra Grella; in the front row from left, Dana Jennings and Anna Youngblood.

Last week, the testing and reviews were stressful on all the athletic teams, including Cross Country. We had both a cluster meet scheduled for Wednesday, Oct. 27, and a 2-mile track race scheduled for Saturday, Oct. 30. Rather than have everyone run in both, we split the team a bit.

On Wednesday, Conor Youngblood clocked 18:05 over the 3.11-mile City Conference Cross Country at Morley Field. Detrik Heidt was our second finisher with a Personal Record for the course of 18:18. Our other two finishers were Jack Shumaker (21:24) and Luca Durocher (21:36). Lily Clemons was our only runner for the girls’ team, with the rest opting to run in just the Saturday race. Her time was 22:49 over the same course the boys ran.

On Saturday, Youngblood ran in the third fastest heat of the Hoka 2-mile Postal Championships. His time was 10:36.7, good for eighth place and a new personal record for 2-miles. Also, running in one of the earlier races was freshman, Rafael Roos who clocked 13:28.4. This was his first race on a track.

The Hoka Postal Nationals is a reboot of the National 2-mile championship started by Track and Field News (T&F) in the 1970s. Back then, teams would run their own 2-mile races and send the results to T&F news. Once all the results were in, a National Championship was declared. Hoka now sponsors 2-mile races all over the country, and the race directors submit their results to their database. The San Diego sponsored event was held last Saturday at University City High School. Seed times submitted by their coaches created eight Boys Divisions and six Girls Divisions. Each race consisted of between 25 and 50 runners. Like Youngblood, Clemons also opted to run in the Hoka race. She placed seventh in the girls’ third fastest heat with a Personal Record (PR) of 12:32.24. This was her first time competing at 2-miles, but when you compare her previous best 3200-meter time, which is 18.8 meters short of two miles, it’s still a PR. When the conversion for distance is applied, her equivalent 3200-meter time is 12:28.25, hence a PR by over 11 seconds.