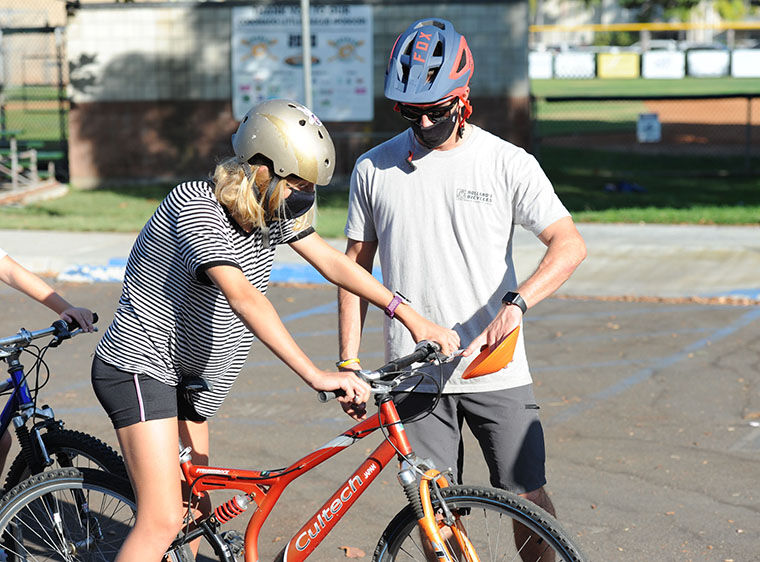 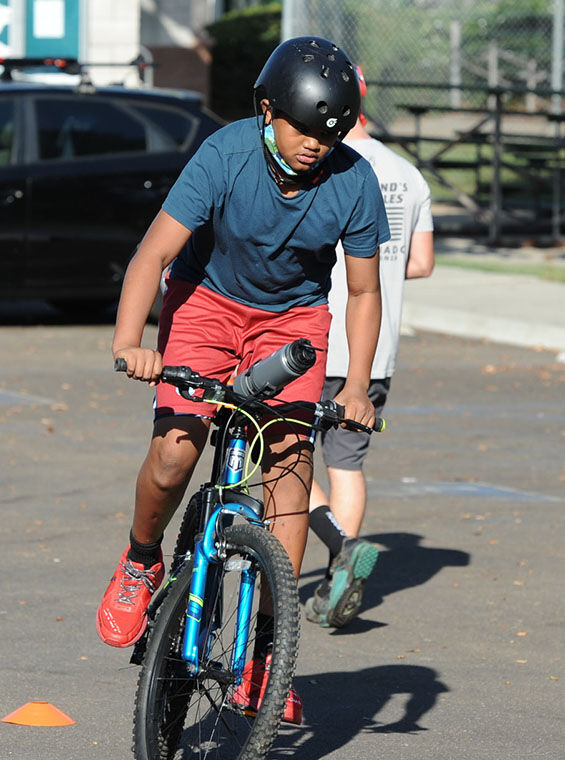 Coronado is one of the most bicycle-friendly communities in California, having the honor of being designated as both a Bicycle Friendly Community and a Bicycle Friendly Business, at the silver level. With our nearly perfect weather, small-town feel, and dedicated paths and bike lanes, for many, cycling is the preferred method of transportation.

Many local kids start riding as soon as they’re big enough to fit on a bike, learning in alleyways, sidewalks, and even by hurtling down the grassy hill at Tidelands Park. They wheel (and sometimes wobble) along behind their parents until they’re old enough to safely hit the streets alone. The first solo trip to school without mom or dad guiding the way is something of a rite of passage in the community in fact.

Though area youngsters might relish the new-found freedom, up until recently, most have learned their basic riding skills from their parents, and might not be fully versed in safety, road rules, proper form, and basic bike repair and maintenance skills.

When Coronado Middle School (CMS) athletic director Kristen Guymon was looking for physical activities in which local youth can safely participate this fall, starting a bicycle camp was the perfect solution. The only required equipment is what kids already have, a bike and helmet.

The club, which started in early September and wraps up this week, is headed up by coach Tyler Kelly. Kelly, who came to California from Michigan six years ago, may be familiar to local cycling enthusiasts, as for the last four years he has been employed by Holland’s Bicycles as a repairman, along with doing some general store and managerial duties as well.

As a high school athlete in the midwest, Kelly participated in football and other traditional high school sports, but recognized that there wasn’t much chance of participating at the collegiate level. He was gifted a mountain bike for his high school graduation present and “I was hooked,” he said.

He brought his knowledge and enthusiasm with him to Coronado, so when the opportunity to share his passion for cycling with local sixth through eighth graders arose, he jumped at the opportunity.

The club, which meets on Tuesdays and Thursdays at Bradley Field, has 13 participants. After they arrive, the young riders warm up in the parking area, practice starting, stopping, and honing their handling proficiency by performing both slow and fast maneuvers around the cones that Kelly sets up around the lot. The kids are of different ages and abilities, peddling mountain bikes, hybrids, and beach cruisers, so Kelly is careful to tailor the course that allows everyone to participate and learn the appropriate skills.

After the riders are warmed up, Kelly leads them around town, creating different routes for each session. Some are shorter, where the kids can learn more about safely navigating through a community with vehicles, pedestrians and other cyclists. The riders utilized bike lanes and paths when available and Kelly ensures that they are following all legal safety requirements, stopping at stop signs and yielding the right of way to others.

They’ve circumnavigated the island, riding down First Street to Alameda, heading toward the beach, down Ocean Boulevard, then connecting with the bike path, cruising under the bridge along the bay before finally returning to the parking lot. Other longer rides start on the bike path and continue down the Strand, going as far as Fiddlers Cove. Kelly has also demonstrated basic maintenance and the all-important skill of changing a tire, which is critical for any rider on the longer rides.

To mix things up and keep the kids engaged and having fun, Kelly also leads them to Spreckels’ Park, where they participate in bike relays, which combine all of the critical riding skills with a little bit of fun and safely-distanced competition. The camp, sponsored by the Islander Sports Foundation, has had great reviews from the participants. “I think it’s a lot of fun. Our teacher is really great and everyone has an awesome time,” said CMS student Emma Lund.

Though the fall “season” of ISF-sponsored camps is drawing to a close, Guymon notes that winter registration opened last week and is open until Nov. 23. Winter offerings will include activities such as beach yoga, golf, and flag rugby. To get the full list and to sign up, please visit www.islandersportsfoundation.com