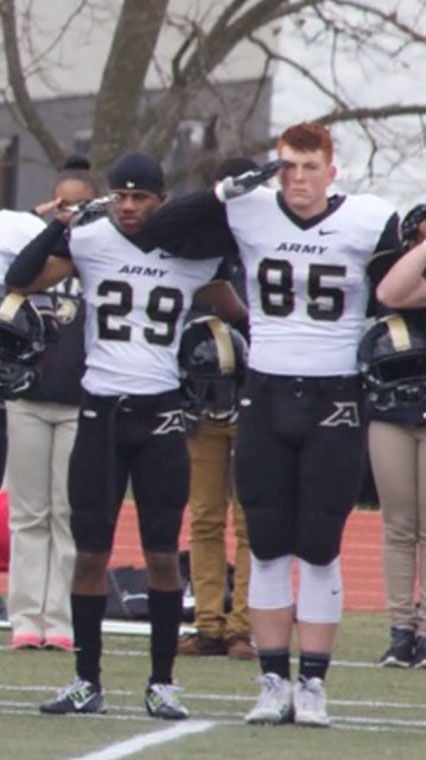 Coronado Islander Youth football alum Chris Cameron (#85) was the starting TE for Army at the Army vs Navy football game. 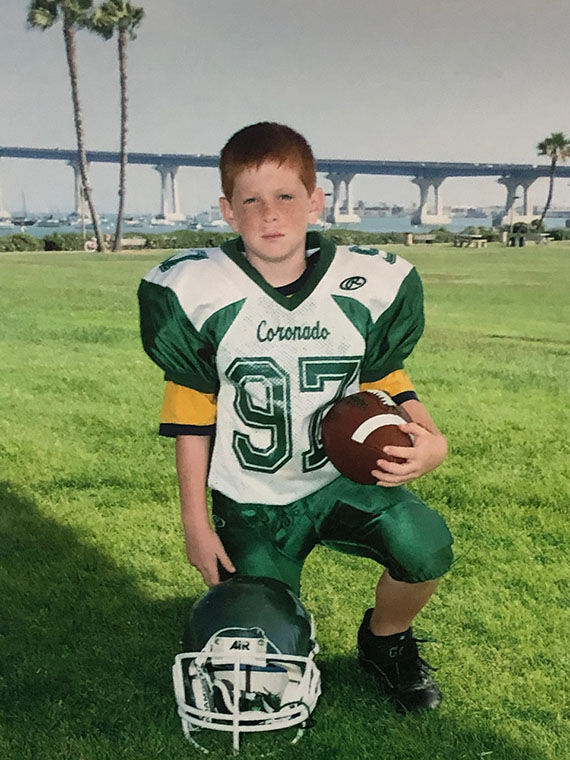 Coronado Islander Youth football alum Chris Cameron (#85) was the starting TE for Army at the Army vs Navy football game.

For many around the United States, the annual Army vs. Navy football is a tradition unlike any other. A time for many to sit and watch a game that has now been played for over 125 years. But for many here in Coronado, the game means much more. With the town’s almost inseparable connection to the United States Navy, it makes sense to find many former Midshipmen living here in town. While COVID-19 may have hampered some of the hype around the game that it typically gets for the general public, that wasn’t the case for those former Naval Academy grads who live here in town.

“Oh, the game was as big as ever to me,” said 1985 Naval Academy Graduate John Nolan. “I know for me the game will always be super important no matter what the circumstances or situation. This is a game that I’ve looked forward to ever since my Plebe summer.”

It is relatively easy for anyone who has lived in Coronado to spot when the famed rivalry is about to be renewed. All around town, flag poles that are often seen hanging American Flags will be seen bearing an extra Midshipmen flag or some banners that read “Go Navy! Beat Army.”

To those unfamiliar or not associated with the Army vs. Navy rivalry, it all may seem a bit much. But the deeper you dig, the easier it is to understand why this rivalry runs so deep.

“From day one, when you arrive for Plebe Summers, Go Navy Beat Army is ingrained into your head. We would have to memorize how many days until the next Army competition, and it wasn’t just football; it extended to all other sports like baseball, women’s soccer, etc. But football was always top dog, and because of that, it always makes that game even more special.” said Nolan

For all current and former Naval Academy graduates, the entire football season indeed hinges on the outcome of this storied game. “We could win every other game in a season, but if we lose to Army, it almost feels like the whole season is all for naught,” said 1993 Naval Academy graduate Mike Mineo. “There was so much on the line for both teams and winning that game; you simply can’t beat the feeling”

For many of the Naval Academy alum, the famed rivalry provided some of their greatest college memories. “I can just remember standing out there in the freezing cold watching the game in Lincoln Financial field and yelling at the top of my lungs,” said 2016 Naval Academy graduate Luke Gillingham. “We’re out there in our dress shoes and socks, I couldn’t feel my feet, but I didn’t even care. It was so awesome to be surrounded by so many great men and women. Plus winning four years straight and getting to sing second every year I was there was truly special.”

Like Gillingham, Nolan looks back on those game days fondly, most notably the 1983 game that was played in the Rose Bowl. “The ’83 game was spectacular in all respects. We all got to fly out to Los Angeles and watch the game in the warm Southern California weather, and since they played the game on Thanksgiving weekend, most of us stayed with our families there.”

Even now, when former Midshipmen aren’t able to attend the games live, many still come together to cheer on the current midshipmen. “Usually, you come together with a bunch of Navy guys to watch the game. It’s always a blast to see people stroll in with old Navy T-shirts that look like they’re 100 years old, or some will wear their letter sweaters that don’t quite fit the same anymore. It’s nice to see people and talk, but when the game comes on, it’s all serious,” said Nolan.

Though this year’s installment of the rivalry didn’t end in favor of the Midshipmen as they fell to the Army Black Knight 15-0. But as always it will remain a game that all involved look forward to year in and year out. While the game is always important, it’s perhaps more important that we don’t lose perspective of what we’re watching. For 60 minutes, we bear witness to a group of men and women, both in the stands and on the field, who have chosen to be apart of something bigger than themselves. Something that will always go beyond the white lines and that those involved on both sides never forget. their jerseys and uniforms may differ and color, their similarities could not be greater.

“At the end of the day, the players (Army and Navy) are so similar are both understand that we’re all here for the same reason, it’s what makes the game so special, and why it’s the greatest rivalry in sports,” said Gillingham.

“Both the Midshipmen and Cadets that play or watch the game understand that they’re going on to do something bigger than themselves. In my time in the Navy, I’ve worked and been around former West Point graduates, and what I’ve ultimately found is that we’re very similar in large part due to the foundations from our time at the services academies.” said Mineo

Yes, it maybe just a game, but to those who know the rivalry best, it means and represents much more.