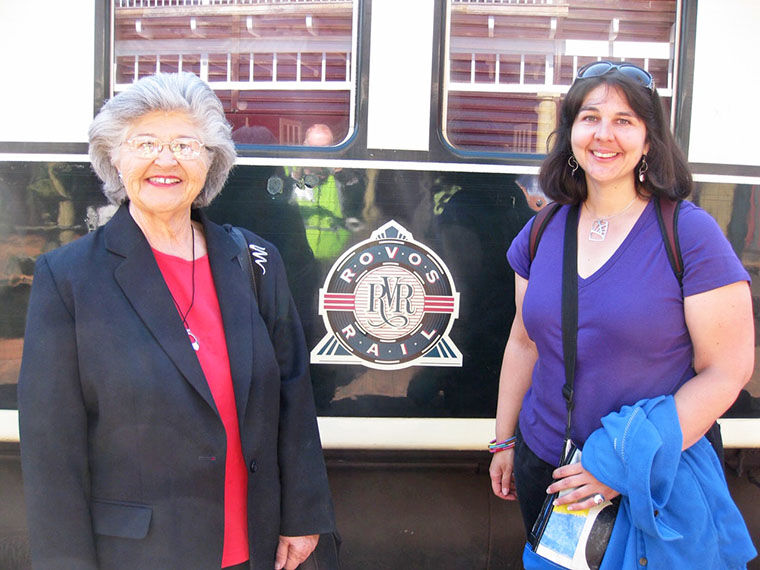 Capt. Jordine von Wantoch (Ret.) with her daughter Lian in Cape Town, South Africa at the beginning of the Rovos Trail through South Africa, Botswana and Zimbabwe. 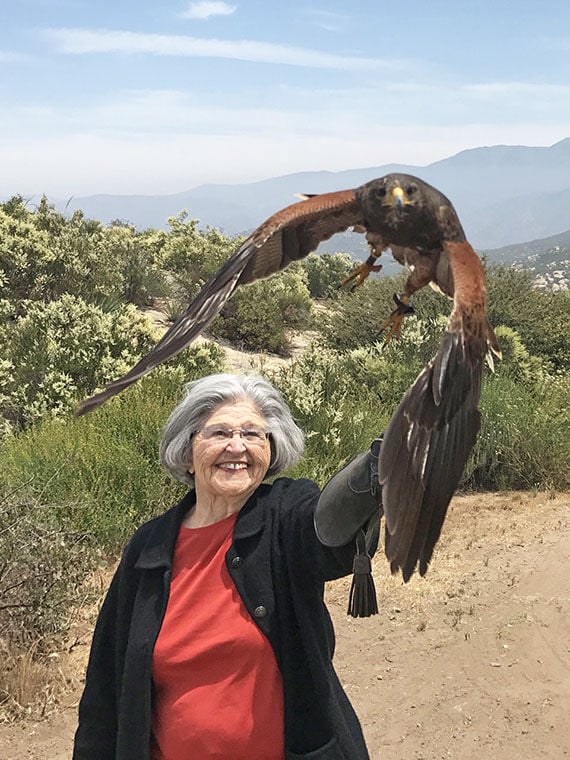 Capt. Jordine von Wantoch (Ret.) with her daughter Lian in Cape Town, South Africa at the beginning of the Rovos Trail through South Africa, Botswana and Zimbabwe.

Jordine von Wantoch broke barriers by perseverance and always staying true to her beliefs, ultimately paving the way for other women in the Navy.

Von Wantoch passed away recently at 89 years old but her indomitable spirit will continue to live on. She ultimately influenced the lives of her daughter Lian and many other Navy women who wanted the right to have a child while serving in the Navy.

Von Wantoch was the first person in her family to go to college. She was a coal miner’s daughter who grew up in Niagara Falls, New York. Her father later worked as a machinist and her mother as a dry cleaner. Like her parents, von Wantoch was a hard worker, waitressing to earn money as a college student while her parents Victor and Edith Skoff supported her in any way they could. Von Wantoch graduated with a BA in English and Literature from the State University of New York at Albany and a Master’s degree from the University of Michigan, Ann Arbor in English and Literature.

After teaching English at an East Detroit High School for two years, she decided to join the Navy in 1956. Her inspiration had come from one of her professors, Dr. Mary E. Grenander, who served in the U.S. Navy during World War II.

“My mom was very enthusiastic of being in the Navy because of her strong sense of adventure,” said her daughter Lian. “Not only did the Navy offer the opportunity to travel and serve her country, it was also one of the few jobs that offered equal pay for men and women.”

Von Wantoch met her future husband and fellow Navy officer Harvey von Wantoch in Norfolk. Her assignments overseas included time in London as a communications officer and in Northern Ireland as an administrative officer.

“She took jobs men wouldn’t take,” said Lian. There were no U.S. Navy women in Northern Ireland at the time, so von Wantoch bunked with a female British officer, a Royal Navy nurse whom she stayed in contact with over the years.

The von Wantochs moved to Coronado in 1968 where Jordine worked as the Naval Amphibious director of Vietnamese language training. She became pregnant at 39 years old and by that time she had spent almost 14 years in Navy. Von Wantoch knew that a child meant an end to her Navy career and she decided to fight to stay in. With the help of her husband, who wanted to be a lawyer, she wrote a letter to the chief of naval personnel petitioning to remain on active duty claiming she could only be denied a career and future retirement only through disciplinary action.

In July 1970 she was granted a waiver with the condition she’d retire as soon as she was eligible. She added some requests of her own, “provided that I give birth to a living child, that prior to the retirement date my status as a parent is not changed, and that no change in policy has been established which would make less stringent the requirement for women to leave the service because of parenthood.” In other words if a door was opened in the future, she wanted in.

Lian recalls her mom had to make her own Navy uniform while she was pregnant since there were no maternity uniforms available. Von Wantoch wore a few altered Navy blue dresses instead of a uniform.

Her daughter Lian was born at the Coronado Hospital in October 1970. That day, von Wantoch was officially the first woman to have a child and continue to serve in the Navy. “There were two other enlisted women right at the cusp of being able to retire that were allowed to stay in,” explained Lian.

“Mom was the first one…there was another woman in the Air Force [who was trying to do the same thing]. She got thrown out,” said Lian.

In the case of the Air Force woman, “the decision reached the Supreme Court but she didn’t succeed… she fought it publicly while mom quietly stayed,” explained Lian.

Von Wantoch’s story, along with that of other women, was part of the book entitled “Crossed Currents: Navy Women in a Century of Change.”

Her last assignment was as Commanding Officer of Personnel Support Activity in San Diego. Von Wantoch received the Grey Turkey, an informal award given to the longest serving active duty Navy women. Her command was awarded the Silver Anchor Award for high morale and mission achievement under her leadership.

Lian recalls her mother’s love of the Navy, “[She loved] the sense of adventure, she loved being able to serve, tackle new problems. The last five years spent as Commander of Personnel Activity she was responsible for payroll for ships home-ported in San Diego with a budget of millions and millions… always making improvements… she knew she could do a great job. She was very organized thinking ahead, planning ahead…thinking of what obstacles she may face towards her goal and achieve what she wanted through work and perseverance and never taking no as an answer. She never gave up. She achieved everything she wanted to achieve. She was determined … she needed that as a woman in the Navy.”

By fighting for what she thought was fair, von Wantoch was well known by other Navy women who also wanted to be mothers.

“Female officers used to come up and touch me as if to confirm it was really possible to be a Naval officer and have a child” recalled Lian.

The family never moved from Coronado. Lian’s father retired in 1972 as Lieutenant Commander after 27 years of service and went to law school and practiced law for 20 years. “He was at home raising me while mom was working long hours…He made it possible for her to continue,” said Lian.

Von Wantoch loved traveling. Before getting married she had traveled with a friend, who was later Lian’s godmother. After retirement and after Lian’s graduation from college, the couple traveled extensively. After her husband Harvey passed away, she went on many trips with her daughter.

Von Wantoch was a big supporter of the theatre. Since moving to San Diego she served in the role of Globe Guilder for the Old Globe Theatre planning events. Lian explained the work with the theatre was something her mom started doing because she loved Shakespeare and it was also a way to meet people. Over the years she continued to volunteer and became more involved with the board of directors which she became part of in 2012, helping shape the direction of the theatre. “She was friends with the great directors like Craig Noel, Jack O’Brien… the titans,” said Lian.

Right up to the month of June, von Wantoch was listening in and participating to the Old Globe board meetings and still contributing and shaping things she loved. Von Wantoch was also a supporter of other local theaters like Lamb’s and traveled to New York and London to see shows.

She was a very proud Coronado homeowner and loved the blue ribbons she often received for the home front judging of the Flower Show.

Some of the later memories Lian has of her mom was on her 80th birthday when they went on a hot air ballon ride and hawking on her 87th birthday where the bird landed on her arm, and feeding giraffes at the zoo.

Von Wantoch’s career and life are an inspiration to Lian, who is a Foreign Service officer. She said there are three things that her mom loved about the Navy. “The desire to see the world, serve her country and change jobs every couple of years,” said Lian. She admits they are the same things she loves about her job.