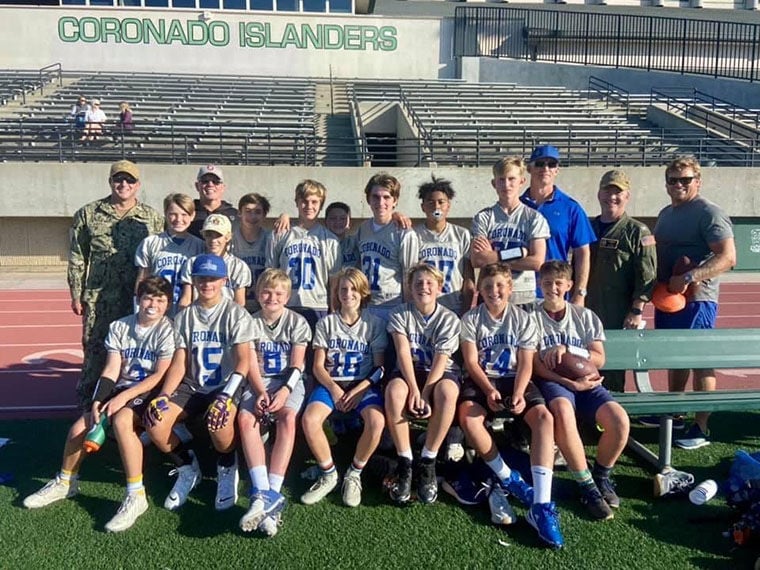 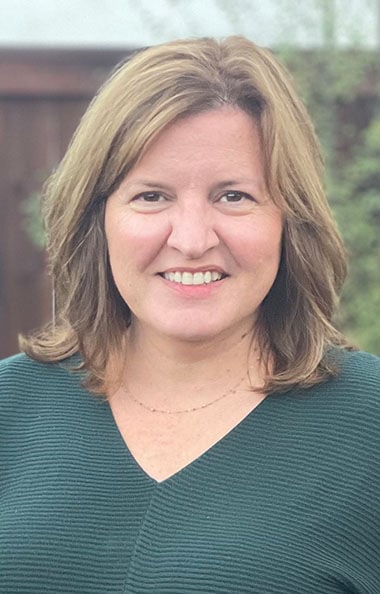 The Islander Sports Foundation (ISF), which began as a booster club for all high school sports in 1994 and was granted 501(c)(3) nonprofit status becoming ISF in 2004, recently welcomed Jenn Rentschler as president of the foundation.

The Islander Sports Foundation (ISF), which began as a booster club for all high school sports in 1994 and was granted 501(c)(3) nonprofit status becoming ISF in 2004, recently welcomed Jenn Rentschler as president of the foundation.

The Islander Sports Foundation (ISF), which began as a booster club for all high school sports in 1994 and was granted 501(c)(3) nonprofit status becoming ISF in 2004, recently welcomed Jenn Rentschler as president of the foundation. I had an opportunity to chat with Rentschler about stepping into this new role with ISF and the foundation’s goals for the coming year.

Rentschler has been a Coronado resident since 2010. Her two daughters have attended Coronado Middle School (CMS) and Coronado High School (CHS) and participated in sports, both through the schools and in community programs. “Both of my daughters play soccer and softball and have been in Coronado leagues since my youngest was three,” Rentschler recalled. “So I’ve been involved in some form of sports foundations for years and [ISF president] is one I’ve feel I’ve worked up to.”

“I’ve been a soccer team parent, been on the Naval Officers Spouses Club (NOSC), a softball club board member, and a coach for a few years,” she continued of her experience helping organize and run a variety of programs.

Rentschler herself is no stranger to the sports world, either, having played softball and tennis growing up. “I grew up in a very sporty family,” she told me. “We were always watching football and whatever sport was on, going to Eagles games – I grew up in Pennsylvania – and sports was just always a big part of my life. That definitely rubbed off on me and now it has on my kids.”

Wanting to support her daughters and their teams was Rentschler’s motivation in becoming involved in the Islander Sports Foundation several years ago when her children began participating in teams at CMS. “I’ve been a booster parent for high school teams; acting as a team parent, manager, fundraiser etc., and all of that together, it made sense that ISF would be a place I’d give some time,” she told me. “I didn’t expect to be president, but here I am.”

As we get into the role of ISF in the community, it’s clear how much admiration Rentschler has for what the foundation and everyone who supports it has been able to do for student sports, and how passionate she is about providing those opportunities to the community. “There are really two main functions of ISF,” she began, “and one primary function is to run the middle school sports program.”

“Kristen Guymon is the [CMS] Athletic Director and she’s done an amazing job through COVID-19, getting kids out and active in a safe way,” Rentschler mentioned. “We got calls from parents about how their kids hadn’t left the house or the sofa and now with the new programs they’re out there being active and having fun, and all of these programs have been open to all middle school age students around the island, they don’t have to be a CMS student to participate.”

Rentschler explained how the camps and sports programs now available to middle school students have been a way to let students be introduced to a sport or activity they’ve never tried before, in a way that has been focused on teaching them new skills. “So that was really rewarding and we want to continue the great progress being made with that program, making sports available on both a competitive and non-competitive side,” Rentschler added. “Not everyone wants that experience, and we are offering something to let kids gain skills, get them outside, healthy, and active.”

In addition to traditional sports, the community has gotten involved to offer all sorts of activities such as yoga, a bike club, and sports enhancement training where students can learn foundational and practical skills in a variety of areas related to health and fitness. “We have 255 kids registered right now for sports and we’re super proud of the middle school program. We at ISF really want to keep that going strong,” Rentschler commented.

The other primary function of ISF is to support and keep funding going for sports at the high school level. “We raise funds and give them to the high school Athletic Director, Robin Nixon, for refs, equipment, extra coaches, things to generally keep programs going,” she explained. “We create opportunities like with the 4th of July run, and snack bars for teams to raise funds for themselves, and community donations help [achieve that goal]. With the pandemic, sports were down in terms of census last year, but have been really strong this year and we want to keep that going, too.”

Rentschler mentioned that with so little funding available in the school district to support sports, “It’s hard to imagine what athletics programs at CHS would look like without the extra support.” In addition to snack bars, and fundraising events like the 4th of July and Valentine’s Day races, high school teams solicit donation from businesses and other organizations around Coronado who Rentschler has seen make generous donations year after year.

“Until you really get behind the scenes,” she said, “you don’t realize what a shoestring budget sports is on, so financial support directly is great. There’s also great ways to get involved that help everyone; getting involved at the team level, helping out with the booster club, volunteering to do things like help with senior night…it takes a lot of hands to make all of this work,” Rentschler added.

And for Rentschler, it’s more than worth the time and effort she puts into ISF to contribute to that. “I think the reason I’ve always stepped in and done any of this is that sports was an important part of my life growing up, and I love that it is for both daughters and I want to make the best opportunities for them and all of our kids,” she said. “It’s great to have these opportunities available in Coronado, to have a middle school program here that gets kids involved and interested in high school programs. We are one of only public middle schools in San Diego County to have a sports program.”

“I was at a soccer game the other night and peeked in on a middle school basketball practice and the smiles on their faces, seeing them having fun and learning a new skill is – especially after the last year or two – is so heartening to me,” Rentschler said. She knows how difficult it is for students to try a new sport once they get to high school if they’ve never played before and high school can be a drop off point for sports. “So when I see someone come out and give it a try for first time,” Rentschler said, “I am encouraged and want to support that.”

“[The CMS program] is not necessarily a feeder program for the high school, but it’s certainly a part of it where coaches will invite younger players to games, practices, etc., and introduce them to the high school teams and sport at that level,” she told me, noting how the benefits of these programs go beyond fitness and health but support connections and positive development. “Girls volleyball did a thing where they had all the CMS girls volleyball players come to a high school game. They gave them a spirit kit and the girls had such a great time and the stands were packed, it was such a great opportunity and we want to try to continue to support things that.”

Looking ahead to 2022, Rentschler is excited to continue her work with ISF and leading the foundation in its work to support the students in our community. For anyone who would like to learn more about ISF and get involved, you can visit the ISF website at https://islandersportsfoundation.com/ or reach out to Rentschler at jennrent14@gmail.com.