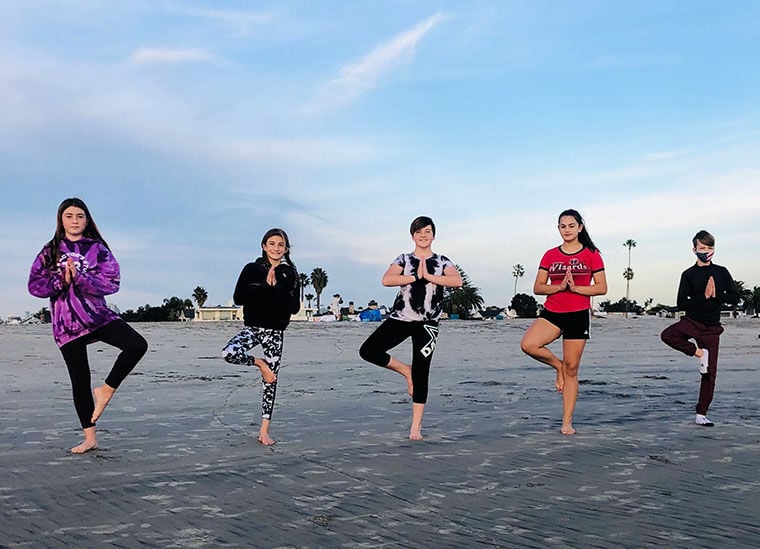 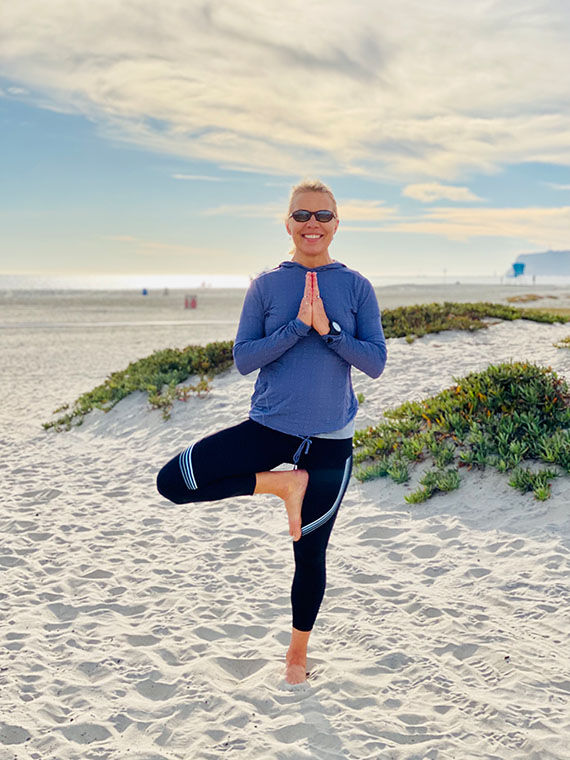 With COVID-19 still raging throughout California, most traditional sports and social activities have been on hold since last March.

While the cancelation or extreme modification of most recreational activities has helped prevent transmission of COVID, some unfortunate side effects of the isolation are stress, anxiety, and limited physical activity, which can be especially difficult for youth and young adults.

This past fall, under the guidance of new Coronado Middle School Athletic Director Kristen Guymon, a large variety of seasonal camps were offered to Coronado’s sixth, seventh, and eighth graders, which includes other local school and children who are currently being home schooled.

These welcome camps helped fill the need for both stress-reducing physical activity, and safe socialization, and were tailored so that there was something for nearly every interest and ability.

Farley, who began teaching yoga to middle schoolers in 2011 at the suggestion of previous athletic director Kim Quinlan, had put most teaching on hold while her three children were active in their own high school sports at Coronado High School (sons Mason and George played water polo and lacrosse, while daughter Ella, a senior, is currently one of the goalies for the water polo team).

There are currently six yogis enrolled in Farley’s beach yoga class, with five girls and one boy participating. The students meet twice weekly at the Sunset Park entrance to the beach, where they are checked in before heading closer to the water. Though six students might seem like a small number compared to most activities, for Farley, it’s a perfect number. Farley is able to guide them through each pose with no contact, and they are able to safely interact each other while enjoying the wide open space and fresh air.

Farley explains that yoga for the younger set, especially with the beach as a nearly limitless studio, is different than traditional yoga classes to which many adults are accustomed. With the open space, she’s able to tap into the energy of her students, and often lets them set the tone for each session. Along with the customary poses and breathing exercises, in Farley’s class, they can still be kids.

Another plus for the young yogis is that they are physically more malleable and flexible. “Kids are willing and able to try new things. They want to explore,” said Farley.

Farley also shares, that, surprisingly, Savasana (aka corpse pose), which is practiced at the end of every class, is the kids’ favorite pose, observing that “they can turn off the switch better than grownups after the stresses of the waking day.”

To sign up or learn more, please visit islandersportsfoundation.com.