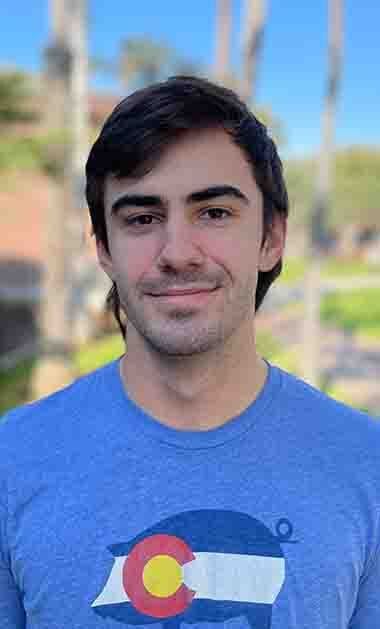 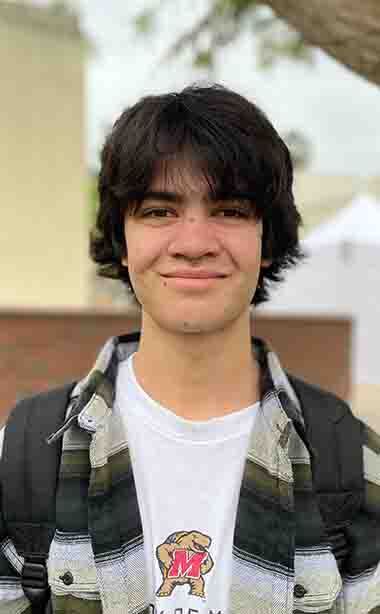 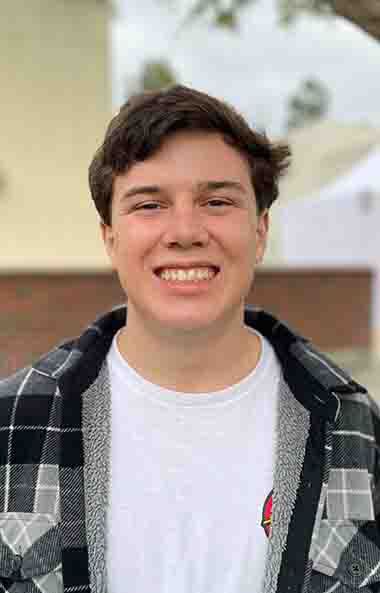 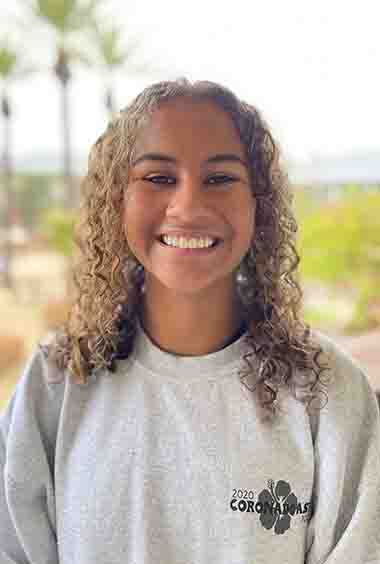 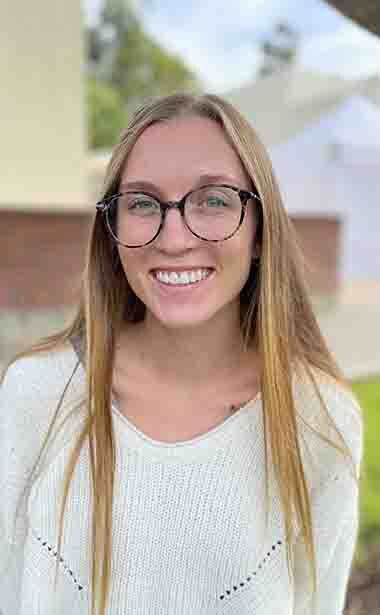 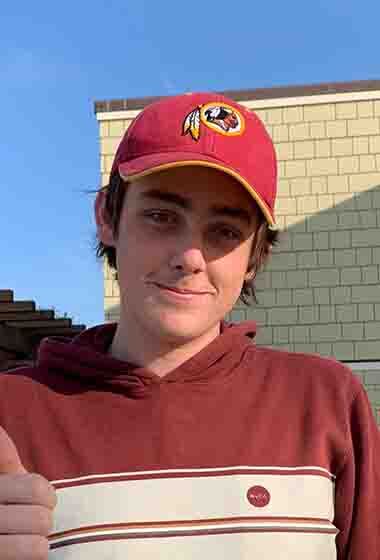 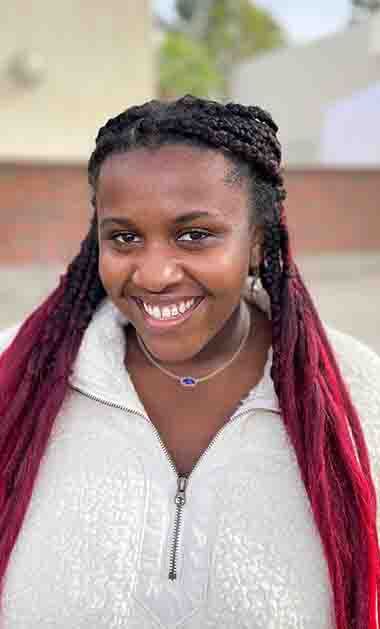 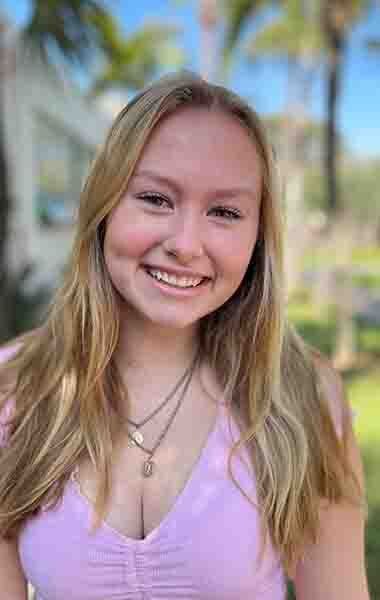 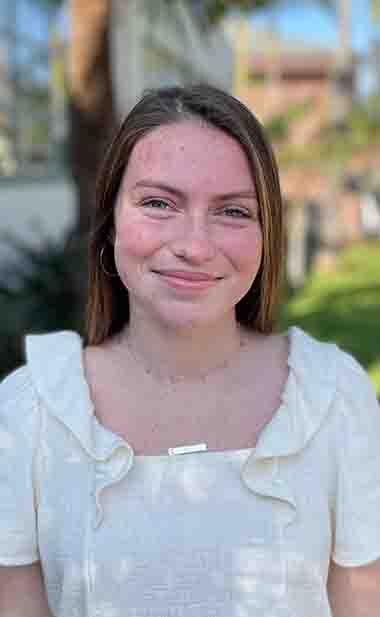 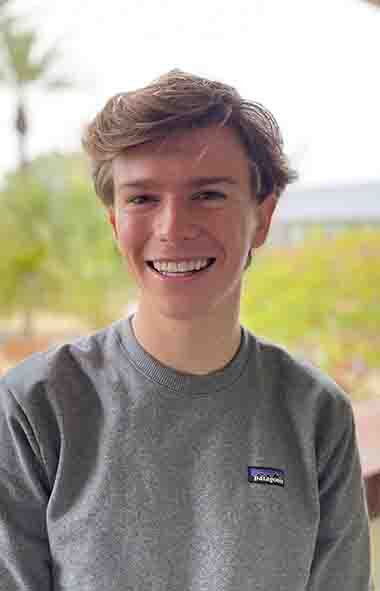 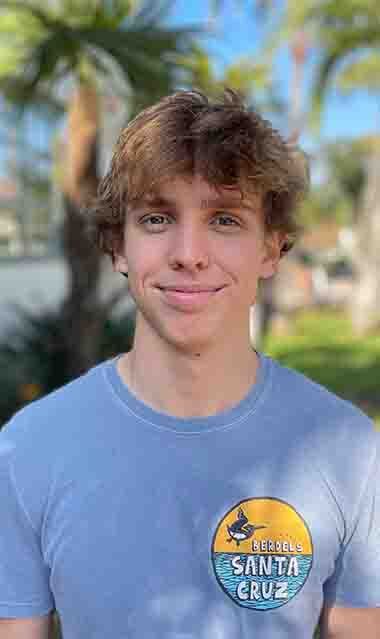 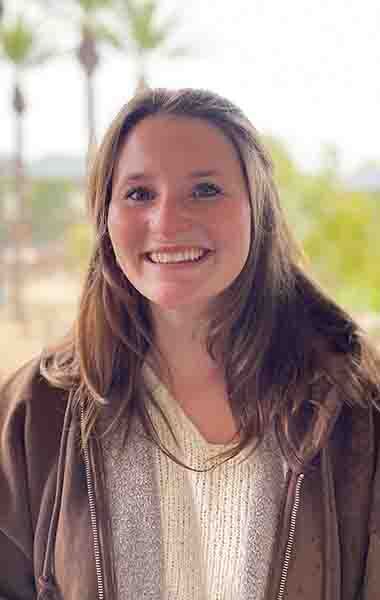 This week is Homecoming for Coronado High School (CHS) students. With a little ingenuity and creativity, this year’s Homecoming is a little different.

Choosing a Homecoming Court was an open nomination process done online with a google form. The students could nominate up to six king candidates and six queen candidates using their CUSD google login. The votes cast were then sorted and counted with the six king candidates and six queen candidates with the most nominations were on the court. Homecoming week began with a “green-out” day, with students wearing school colors. Wednesday, students celebrate Disney Day. Thursday is Nature Day and on Friday, students will don their class shirts.

This Friday, Feb. 19, Homecoming will be celebrated with a car parade with four class cars that are decorated and “street legal.” There will also be another 12 cars, each with a Homecoming court member and their families inside. Afterwards at 5:30 p.m., a live King and Queen Crowning Ceremony will happen on Instagram @CoronadoASB. Once the crowning ceremony is complete, check in with the Coronado Schools TV channel coronadotv.me at 6 p.m. for a Homecoming TV special. The Homecoming weekend will finish with a drive in movie night at the Santee Drive-In at 5:30 p.m. on Sunday, Feb. 21, (not a school sponsored event). Happy Homecoming!

Get to know the Homecoming Court:

Elliana feels so fortunate to have been born and raised in Coronado surrounded by lifelong friends and family. She has been a part of ASB and National Honors Society since her Junior year. She also has played on the Varsity Tennis team since freshman year. Throughout this difficult year, Elliana has worked creatively to bring her class together as their Senior Class President. Her joys are spending quality time with people she loves, attending Bible study and Flood church, and proudly knowing every word to any of Justin Bieber’s 92 songs. In the future, she plans on adding to the list of 19 countries she’s already traveled to, by studying abroad and attending a college she has yet to select on the West Coast. Elliana feels so honored to have been nominated for homecoming court this year by her classmates and she wants to thank her family for teaching her to love her neighbor and always give grace.

If you asked Jenevieve Joseph what mattered most to her she would definitely say community and teamwork. Jenevieve Joseph has attended Coronado Schools since sixth grade and is proud to be a CHS Islander. During this unprecedented school year, Jenevieve serves as color guard commander and recruiting officer for her NJROTC unit and is a captain of the varsity cheer team. This is Jenevieve’s fourth year on the varsity basketball team and her first year in ASB where she was elected senior class vice president. For the past 10 years, Jenevieve has been a Girl Scout and she has loved every minute of it; definitely make sure to buy a box of cookies from her! She is grateful for the opportunity to work with so many amazing of her peers and is thankful to all those who nominated her.

Kelli Morris was born and raised in Coronado and is grateful to have grown up in such an amazing community. She is proud to serve as ASB President and is a member of the CHS Cheer team and the Positive Psychology Club. Kelli enjoys being active in the community through service with National Charity League, National Honor Society, and through playing the piano at the Coronado Retirement Village. Kelli also serves on the CUSD Equity Committee and Governing Board. She looks forward to attending college in California, where she plans to study the relationship between music and human psychology. Kelli would like to thank her parents, Stuart and Anne, and her brothers, Jay and Andrew, for their constant love and support.

Lily Roughneen was born in Rhode Island and moved to Coronado in the fourth grade with her parents, three siblings, and her dog named Shamrock. A proud Islander, Lily has been in ASB for all four years of high school, serving as class vice president for two years. Lily is also a member of the National Honor Society and the CHS varsity lacrosse team. As a junior, Lily earned the Gold Award, the highest achievement in Girl Scouts. Her project was to raise awareness about human trafficking. Lily has continued this advocacy as a member of the San Diego Human Trafficking Advisory Committee and the Live Stream Team. Lily is also a member of National Charity League. Lily loves the beach, Cape Cod, and hiking with her friends. Lily is excited to attend Boston College next year, majoring in accounting. Go Eagles!

Sydney was born in Scottsdale, Arizona before moving to Coronado at age ten. She is grateful to have spent most of her life growing up in Coronado and meeting so many amazing people along the way. Syd has been in ASB for the last three years and is now currently holding the position of ASB Executive Vice President. In her free time, she loves to be surrounded by her friends and family and doggies. Syd has been lucky enough to have played soccer throughout her whole life and has played for the Coronado High School Varsity Soccer Team. Sydney wants to thank her teachers and coaches for always pushing her to do her best and for being there when she has struggled. In addition, she wants to thank her younger sisters Audrey and Lauren, and her mom and dad for always being supportive of every aspect of her life. She looks forward to being able to hug everyone again!

Ella moved back to Coronado at the start of her junior year. She and her family had previously lived in Coronado when Ella was in elementary school and because her father is in the United States Navy, they have lived in Guam, Germany, and Virginia. She is grateful for all the adventures the military has brought her from the people she has met, to the places she has seen along the way. She joined ASB her junior year after interviewing on her first-ever zoom from her high school in Virginia. She is now the Commissioner of Publicity and could not ask for a better group of people to work alongside during this trying time. Ella has played soccer for the last 12 years on club teams at every duty station and has been on the varsity team for all four years of high school. Ella would like to thank her parents for supporting and encouraging her in every endeavor and her little sister Ava, a current freshman at CHS, for being her best friend.

Daniel Bell has been an Islander his whole life. He has been playing Coronado Lacrosse for almost as long, starting in first grade. Daniel has been a member of the High School Lacrosse team for all four years of high school, earning his first Varsity letter in his sophomore year as an attackman! Daniel has excelled academically in his favorite subjects- computer science and woodworking. He has also given back to the community that raised him by participating in service projects through the volunteer group Teen Volunteers in Action since seventh grade. Daniel spends his free time surfing and playing video games with his friends. He will pursue a degree in computer science and is currently weighing his college options.

Jack Dupourqué has had the good fortune of attending CUSD since Kindergarten, except for sixth grade, spent in Newport, RI (c/o U.S. Navy). At CHS, Jack lettered in baseball and JV football, as a freshman; JV baseball, as a sophomore. The COVID-19 crisis interrupted his junior, and likely senior, baseball seasons. During his non-COVID-19 high school summers, he volunteered in the community as a Camp Coronado Junior Recreation Leader at the Recreation Center. He was selected to attend and participated in the National Science Foundation (NSF)/National Security Agency (NSA) sponsored “GenCyber Academy of Excellence” at the University of San Diego, School of Engineering. Jack looks forward to attending college to study computer science/engineering, possibly focusing on cybersecurity. He is grateful for the support of his teachers, coaches, and guidance counselor; as well as his family, for their love and devotion along the way!

Daniel Ryan McMahon Erskine has lived in Coronado his whole life. He is the youngest of seven children with five older brothers and one sister. He has played indoor and beach volleyball all four years of high school. He is the president and founder of the Raising Canes Club at Coronado High School. Danny will attend a four-year university next fall and major in engineering.

Coronado born and raised, Reese has attended Coronado schools from kindergarten through senior year. He followed in the footsteps of his older sister, Emma, and his older brother, Noah. Reese is a three-year member of the varsity lacrosse team and plays club lacrosse during the offseason. What would have been his senior year was cut short by COVID-19 and a torn ACL, but that could not tarnish his memories of his teammates, coaches, matches, and life lessons learned. Reese was excited to be selected to Homecoming Court and to share this experience with his closest friends and family. After graduation, Reese looks to a future in computer science and will be selecting and attending a University close to home, but not too close. Reese would like to thank the teachers, staff, coaches, and friends for making Coronado High School so fun and memorable.

Brady Roulier was born in the Bay Area and moved to Coronado shortly after. He has always had a love for sports and plays quarterback for the Islander football team and is the catcher for the baseball team. He would like to thank all of the loving community members he has gotten to meet over the years for making Coronado a very special place. He would also like to give a special shout-out to his mom Amanda for her love and support and his coaches, Morgan Cummins and Kurt Hines for their mentorship. Brady is hoping to play baseball next year and study business.

Noah Wahamaki was born in San Diego and started at Coronado High School as a freshman. Noah has enjoyed many great high school experiences on the Varsity Sprint and Hurdle team, co-founding the Coronado Surfrider Foundation Club, and being a part of ASB. He is also an officer in the Interact club and a member of NHS. Noah is looking forward to attending university after graduation, where he is planning to study Political Science and International Relations. Noah would like to thank his parents, Carrie and Sam, his three brothers, Ethan, Finn, and Graham, as well as all of his friends for their support. He also thanks CHS students for giving him the honor of being a part of this year’s Homecoming Court and extends his best wishes to the class of 2021 as they prepare for their next chapter.