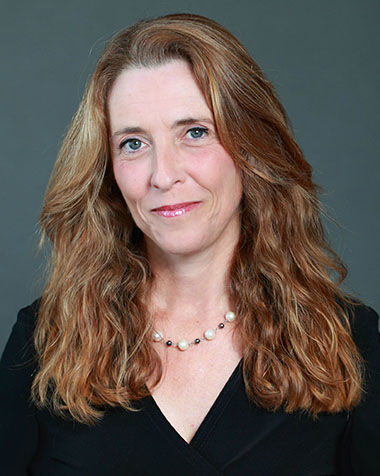 “Death on Ocean Boulevard” is available now and author Caitlin Rother will be attending a book signing event for it at Bay Books, 1007 Orange Avenue, on Sunday, May 16 from 12 to 2 p.m. 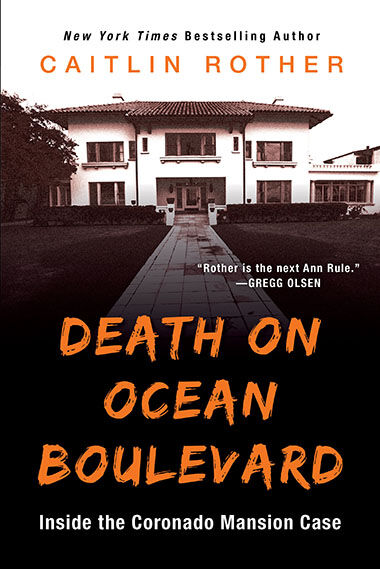 “Death on Ocean Boulevard” is available now and author Caitlin Rother will be attending a book signing event for it at Bay Books, 1007 Orange Avenue, on Sunday, May 16 from 12 to 2 p.m.

Many in Coronado may recall the tragic and unusual circumstances revolving around two deaths at the Spreckels Mansion in 2011. A new book, “Death on Ocean Boulevard,” written by investigative journalist and author, Caitlin Rother, was recently released and further details the events leading up to, during, and after the investigation of Max Shacknai and Rebecca Zahau’s deaths.

With a background in psychology and 19 years as a journalist and reporter, including for the San Diego Union Tribune, Rother’s shift to writing true crime novels has offered many unique insights and understandings surrounding often bizarre real-life stories. “Although I started out as a feature writer, my editors wanted me to be a news reporter, which I felt was like trying to put a square peg into a round hole (or vice versa). But over time, I learned to combine the two skill sets, writing fiction at home, and improving my research skills at work,” she explained. “I learned to write narrative in the newspaper first, which is what I now do in long-form. I write narrative nonfiction, which means my books read like novels but they are all true. I don’t make anything up, exaggerate, create, or embellish anything.”

Rother’s first true crime book, “Poisoned Love,” garnered much interest as it detailed the murder case of San Diego County toxicologist, Kristin Rossum, and spurred her decision to shift permanently to writing novels. “I love being an author, because it gives me the freedom to write what I want and go far far more in-depth than I ever could as a news reporter. It’s also far more creative than writing news stories, although I did enjoy holding public officials accountable. I still can and do, I just don’t get to do it as often.”

While Rother also writes fiction, the majority of her current works are non-fiction pieces around cases like the Spreckels Mansion incident.

“I have a number of little bells that have to go off before I decide a case is going to hold my interest – and therefore the reader’s – before I commit to starting a book project,” Rother began as she described how and when a case may become the center of one of her books. “The [“Death on Ocean Boulevard”] case was immediately intriguing to me, and also resonated with me due to my own personal experience (with my husband’s suicide by hanging in 1999).”

The circumstances in which Zahau’s body was found (not just hanging, but bound, gagged, naked, and outdoors) were unheard of for a female suicide victim and immediately put the case on Rother’s radar. Adding to the strangeness of it all, there was a child’s death, and people involved had great wealth. “…But because the sheriff declared Rebecca Zahau’s death a suicide,” Rother continued, “there was no ‘crime.’”

Much of the controversy surrounding Zahau’s case stems from the San Diego Sheriff Department (SDSD) closing the case as a suicide, a conclusion which a large portion of the public familiar with the case have expressed surprise and disbelief. As a local San Diegan, Rother mentioned how any time she was in Coronado following the incident, she was asked if she was going to write about the Coronado “murder,” a testament to the public’s contrary opinions. It wasn’t until the Zahau family opened a case against Adam Shacknai in civil court in 2018, and won, however, that Rother was be able to publish her own investigations and experiences with the case. “I can’t get a true crime book published without a crime, let alone an arrest or a conviction, so this one had to go on the back burner, even though a source had given me the entire sheriff’s investigative file,” she said. “…Once the case got into court, I attended the trial every day, went way deeper into my research, and conducted my own interviews. The trick is not to start writing before you’ve done enough research, because the story should and does change the deeper you go into a case like this, because you learn all kinds of things you didn’t even know you didn’t know.”

This was the first case Rother has written a book on that hasn’t had a criminal conviction, which offered its own set of challenges, (which Rother mentions within the book to provide readers with a holistic view of the case and events surrounding it in the years since Zahau’s death). Despite such roadblocks, Rother managed to compile ample amounts of information from research and in-depth interviews, showing her just how complex the situations are surrounding the case and the people involved. “I literally had to cut about 25,000 words out of my final draft. After interviewing Jonah Shacknai eight times after I thought I’d finished the book,” Rother said. “I was already in the editing process, but I felt that he had so much new and important information to share that I wanted to weave it all in.”

Legalities around the “crime” aspect of the case weren’t the only figurative walls Rother had to maneuver around before her work could be published. Not everyone was always available or fully willing to talk to or provide information to Rother, whether from members of the families involved or from members of the SDSD or attorneys on the civil court case. When someone decides not to present their side of the story to Rother, she says, that doesn’t mean it’s not going to get told anyway.

“I learned how to write investigative stories without people’s cooperation while I was at the newspaper. Several primary characters in this case made the choice not to talk to me, some because they are writing their own book,” she explained. “But the mistake people make is thinking that by not talking to me that that will stop me from writing a book, or as good a book. …I’m very persistent, determined and thorough, and I’m also as fair to everyone as I can be, even when people put roadblocks in my way or try to control the narrative, as they did in this case.”

The Coronado Public Library recently held a virtual author talk with Rother following the release of her latest book, where Rother was asked a variety of questions from the community regarding the case and her experience with it. “By going through [autopsy reports, photos, interviews, etc.], sitting through the trial, interviewing people involved, I started learning things about Rebecca outside of the trial, outside of these investigative reports,” she said. “Only little pieces came out at the trial, you didn’t get the full picture, and the more I got into it, the more I learned and was able to share with readers.”

As you read through “Death on Ocean Boulevard,” Rother weaves together this pertinent information and background on those involved in an impartial way, letting readers be acquainted with the facts and draw their own conclusions.

“I write it like a novel but it’s all true and what I try to do is to unfold it the way I experienced the case myself, which will overlap in some ways with how the public experienced it. But I lay it out as the investigator, unveil it as I learn it in a somewhat chronological fashion,” Rother told those at the Zoom event.

When asked about her own conclusions about the Zahau case, Rother expressed, “I personally don’t have a stance. I don’t think there’s enough information to determine right now if it was a murder or a suicide and that’s the stance I take in the book.”

With the Zahau family continuing efforts to get the investigation re-opened and Zahau’s death as a suicide changed, there may yet be more to the story. As it stands, Rother said of the events and remaining questions surrounding them that, “It’s sad, and I dedicated the book to both [Rebecca Zahau and Max Shacknai].”

“Death on Ocean Boulevard” is available now and Rother will be attending a book signing event for it at Bay Books, 1007 Orange Avenue, on Sunday, May 16 from 12 to 2 p.m.

To learn more about Rother and upcoming events with the author, you can visit her website at https://www.caitlinrother.com/.