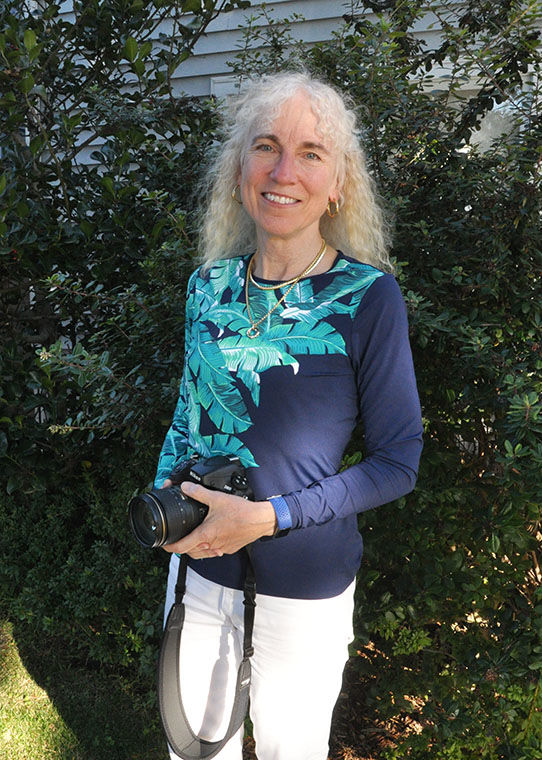 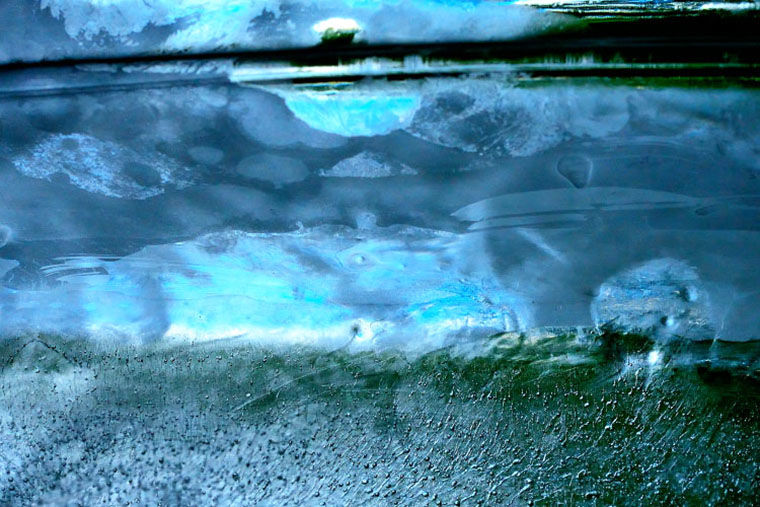 Priscilla Dale Jones, a Coronado homeowner who graduated from Coronado High School, will be participating in her first major art show Oct. 10 – 13 in San Diego at the Convention Center. The Art San Diego event is the only contemporary fine art show in the city.

Since Jones considers this area home, she is delighted to display her art first locally. Some of her abstract photographs highlighted on the Coronado Arts Commission web site led to an introduction with a company in Lyon, France: Circle Arts. From there, she gained entrance into the Art Artivia gallery exhibitions. For the San Diego show, Jones was one of 60 selected from a field of 300 for the gallery exhibition. In December her art will appear in Miami, and in April at Pier 94 in Manhattan.

Her photographs employ a technique she is developing that combines water, light, and glass to produce unique images of mingling colors she photographs. “Since water is constantly changing, the photograph cannot be replicated,” said Jones.

Jones goes on to explain her photography. “I am particularly interested in macro photography, capturing overlooked details and exploring miniature worlds hidden in ordinary objects, and in the relationship of color, light, shadow, form, perception, and imagination. My photographs capture forms of water and variations of light, all interacting with glass.”

Communicating with viewers to learn what they see in her photographs is important to her because each person may visualize the work differently and have his own original interpretation. “They may see things, I don’t see,” she said. Life experiences, perceptions, memories, dreams will influence how people relate to her photographs and determines what the pictures mean to them.

Jones’ academic and professional life has focused on research and writing, quite removed from her current creative interest; however, photography has been a companion since childhood when her dad gave her a Kodak Brownie camera. The Navy brought her parents, Warren and Dorothy Jones, to Coronado. Although her mother was artistic, she credits her dad with sparking her interest in what photography can do. During his 20-year Naval career, he was deployed 10 years, joining during World War II, but his travels brought wonderful treasures home including more sophisticated cameras from Japan.

Throughout her life, her photographs were mainly documentary ones of travel and of her research ventures; however, surgery in 2012 and the neurosurgeon’s suggestion to take a four-week recovery period to “think out of the box, do something unusual, be creative” germinated. After a heavy snow in Maryland, where she resides, she took photographs of beautiful icicles and noted their different compositions. A detail-oriented person by nature, she wondered what was in them.

Later, while cleaning out the ice maker, she found an enormous chunk of ice, dumped it out, then became fascinated with its beauty. “Some parts were clear, some were like swirls of bubbles, some resembled sea anemones, some reminded her of stars falling from the sky.” Her black granite countertop was the perfect background to show the intricacies of the ice, so she took photographs. That experience was the impetus to look at objects differently, thus experimenting with forms of water, variations of light, and glass.

Jones works in Washington, DC, at the Air Force History office documenting the Air Force history through her articles, editing other’s work, and mentoring other historians. A graduate of SDSU with a major in political science and an emphasis on public law, she took the LSAT and considered entering law school. She enjoyed school and always thought she would teach, so she attended UCLA for an MA in Modern European History, where she became interested in Holocaust history from Professor Israel Gutman, a survivor of the Warsaw ghetto, Auschwitz Concentration Camp, and the first occupant of the chair for Holocaust Studies at UCLA. Under the umbrella of UCLA, she studied and toured Israel and Egypt, taking photographs along the way. Her first academic article involved two young boys who were left with a French priest by their desperate Jewish mother as she fled. She was captured, sent to a camp, and died. Later relatives in Israel went to court to have the boys rejoin their family. Although the boys had been baptized, their family won the case, and they were returned and welcomed in Israel as heroes.

Jones completed her PhD at Wolfson College at the University of Cambridge. In London, she met her husband, Jeffery Rudd, who was getting his PhD at the School of Oriental and African Studies while she was the Public Relations Officer at the national Archives at Kew Gardens.

After working as the head of documentation for the Holocaust Documentation and Education Center in Hollywood, Florida, the couple moved to Maryland where Jones worked at Homeland Security before becoming the Chief of History and Studies with the Air Force. Paying attention to details and finding enjoyment in examination of minute things has contributed to Jones’ success in both her professional and artistic life. She finds satisfaction in both aspects but anticipates retiring within two years and returning to her childhood home in Coronado.