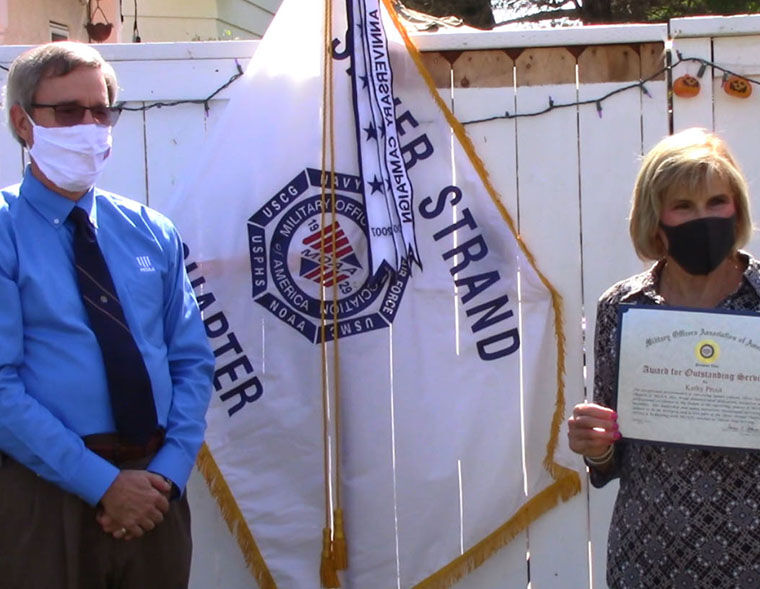 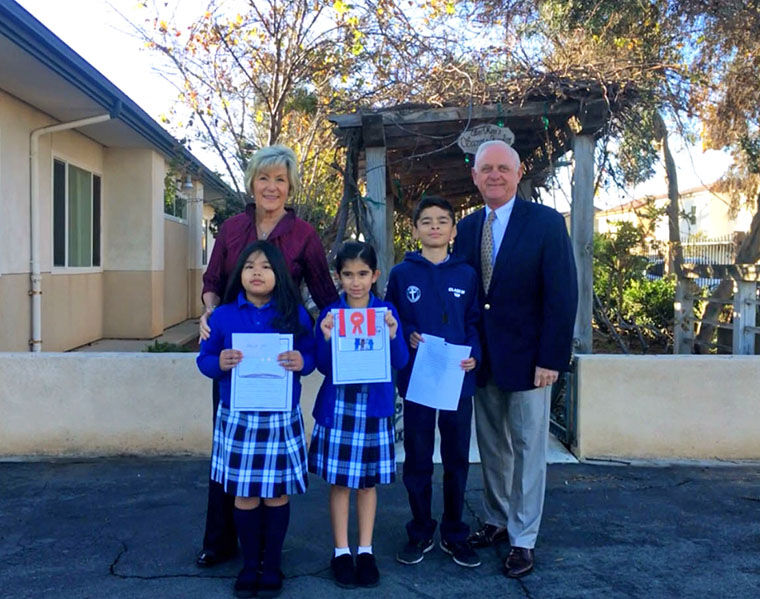 The Silver Strand Chapter of the Military Officers Association of America (MOAA) celebrated their 50th year as an organization for Coronado and Imperial Beach this year. The local chapter welcomes anyone who has held a commission or warrant in any of the uniformed services and their surviving spouses, providing a space to socialize, stay connected, and take an active part in helping current, surviving, and future service members.

I spoke with current president of the Silver Strand Chapter, Robert “Bob” Breglio Jr., and former president of the local chapter and current member of the MOAA Board of Directors nationally, Marvin “Marv” Heinze, who are both retired captains of the Navy. Both are longtime members that were drawn by the social and activism aspects of the organization amongst a group of very accomplished men and women. “The camaraderie appeals to most people joining,” Heinze mentioned. “So many people [here] end up in the same places around the world at one point or another in their career and can share stories and experiences, and we have some great speakers at the meetings as well.”

“MOAA’s life is activism for veterans,” Breglio said of the national organization, which the local chapter supports. “There are all these benefits that are getting eroded away from the younger crowd and current military and service members; benefit packages that help so many people who have served and given a lot that are there now but could be chiseled away and erased.”

MOAA’s members keep abreast of legislation in these areas to give a voice to service members and their families. “There is a strength in numbers when it comes to lobbying [for these issues] so it’s a reason to organize. We have to step up and help fight for [service members] and people can do that by joining MOAA,” Breglio continued.

Heinze recalled a few of the organization’s most recent accomplishments in terms of activism and legislation. “A few years ago Congress was going to cut back on COLA and we were able to advocate for a complete repeal of those reductions for all [service] retirees and survivors that would have cost an O-5 $165,000 by age 62 if they were retiring in 2020,” he explained.

On another issue that hit close to home for the Silver Strand Chapter, member and Coronado local Kathy Prout led the charge on a decades-long fight to help surviving spouses receive their benefits. Prout, who survives her husband, Rear Admiral James G. Prout III (USN), is one of the few widows of a Navy flag officer and was awarded by the chapter for her ongoing involvement and advocacy last year with the successful repeal of the “Widows Tax.” “To government it’s not much, but to these spouses it’s a whole lot,” Heinze said. “It was the biggest legislative victory that’s happened with MOAA and Kathy was really a driving force behind that.”

Breglio has also brought a local focus to the Silver Strand Chapter, looking at state issues surrounding veterans as well as those affecting communities here in Coronado, Imperial Beach, and the South Bay. “The Tijuana River sewage problem is a real hot button issue. We’re always fighting with the state on something but the local issues are really important,” Breglio mentioned. “We have members in IB and people that we want to be active members have to live with that toxic waste and smell and so we’ve gotten involved with that. Plus it affects Silver Strand State Beach, well, Silver Strand is in our namesake and why aren’t we fighting for that? And our special forces are using that water to train in? All those things together, tell me why we shouldn’t be engaged in an active issue that affects us all locally.” He’s also made an effort to work with other California chapters on issues affecting veterans in the state, for instance fighting for some state tax exemptions for veterans and for California veteran retirement homes and hospitals for veterans that are struggling and being displaced.

Some of Breglio and Heinze’s favorite mainstays of the Silver Strand Chapter’s activities includes younger members of the local communities. “We do the Letters to the Troops program with local schools in Imperial Beach and Coronado each year and we give them to a local base that sends them out to ships – last year they went to the [USS Theodore] Roosevelt,” Heinze explained. “Some are terribly moving, too, and you see from the eyes of a 10 year old who may be absent a parent on deployment. It really ties these communities to the military heritage [here].”

The chapter also recognizes graduating high school seniors attending a service academy or ROTC program. “One of the things we do is we support the Mar Vista High School (MVH) and Coronado High School (CHS) Junior ROTC programs at the schools,” Breglio told me. The chapter and the national organization of MOAA provides these students with awards and certificates for leadership, with the local chapter inviting graduates and their parents to an annual dinner to meet members who can share their experiences, answer questions, and make connections. “We seat them at tables with MOAA members in similar areas they’re going into. Both MOAA and Navy League members are anxious to meet them and the conversation is usually …feeling them out, make them feel at ease, learn about their background, what they’re going to study and what their future holds. …We want to make every attempt to make those associations as positive and easy as possible,” said Breglio who has been impressed by the students they’ve hosted.

As president Breglio is constantly looking for ways to help others and solve problems. Whether that means finding ways to include more graduating seniors at the celebration dinner that may not go to MVH or CHS but are locally homeschooled or at a private school, and looking into ways to make the organization a valuable resource for families in our communities to learn about service programs and scholarships for their children. In Breglio’s words, “If you see a problem, can define the problem, and the definition is valid…then how can you help?”

The Silver Strand Chapter of MOAA meets six times a year (every other month) and trades off hosting those meetings with the local Navy League as well. Breglio and Heinze have both noted the changing demographics of the country in regards to less people across the country serving in the military, but the chapter remains dedicated to staying connected and making sure service members past, present, and future are being taken care of amidst these changes. “Every organization is concerned about attracting members for the right reason,” Breglio said. “Hopefully members join early and stay members who can devote their time to volunteering hours to service. We need them to keep going and make a difference - on every level (national, state, and local).”

“We want to encourage younger members (by which I mean those approaching military retirement),” Heinze says with a laugh. “We want people to know that being a member of our local chapter helps you get access to national MOAA services like resume writing, scholarship opportunities, and counseling. When I joined it was very helpful to me,” he added.

The group welcomes anyone interested to join one of their meetings to enjoy their speakers and learn more about the Silver Strand chapter. “You meet good people and you get to increase your repertoire of knowledge,” Breglio stated of their meetings that have featured all kinds of guests to speak on topics that interest and affect the organization’s members. “We work hard on getting a variety of new people coming in and talking to things of interest to military folks, but not necessarily military things,” Heinze agreed. “We had a lawyer and a chaplain, for instance, that came in and talked about grieving processes and how to deal with loss and making that easier. We had somebody came in and talk about private efforts to find the downed aircraft in Palau. We’ve had authors come in with books related to military subjects and the Navy League has hosted Scott Peters,” he listed.

Right now the club is gearing up for their Letters to the Troops project again in September and will be hanging their 50th anniversary banner one more time that month before retiring it to the Coronado Historical Association. Their next meeting will be in August and anyone interested in learning more and attending the meeting can get more information by emailing the chapter at moaasilverstrand@gmail.com or visiting the Silver Strand MOAA Facebook page at https://www.facebook.com/MOAASilverStrand/. Alternately, prospective members are welcome to contact Breglio directly at 619-240-5236.