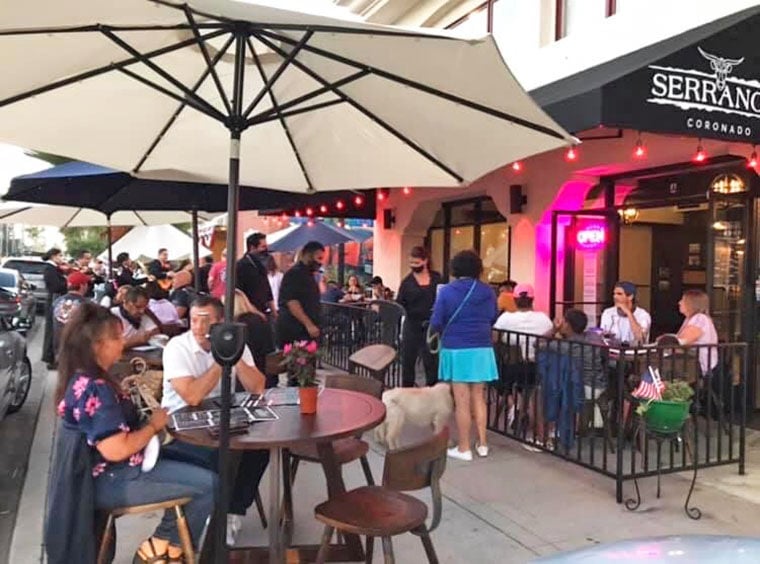 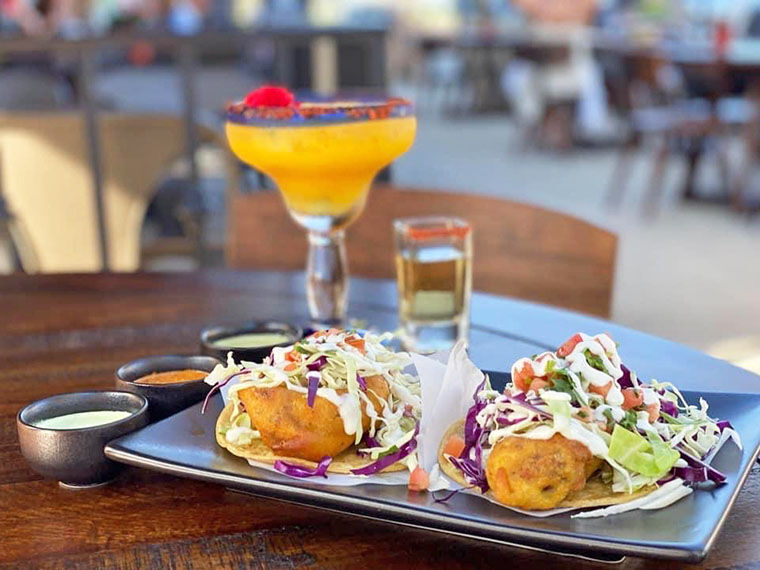 “We’re modern, classy… We have a full bar and you can get any margarita you want. The vibe is really good in here, we have good music, service and food,” said Hailie Voskeritchian.

“We’re modern, classy… We have a full bar and you can get any margarita you want. The vibe is really good in here, we have good music, service and food,” said Hailie Voskeritchian.

Serranos’ Coronado quietly opened almost two weeks ago in the former location of Mexican Village. Although unusual for a restaurant to open during the pandemic, manager Hailie Voskeritchian said the opportunity practically fell into the owner’s lap.

Oscar Serrano opened Serrano’s Street Tacos & Bar four years ago downtown San Diego on E Street between 6th and 7th avenues. With time, he started looking at opening another location. Voskeritchian said Serrano had looked at the Del Mar and Encinitas areas when the Coronado restaurant became available. The remodel was done quickly in about a month. “With COVID-19 everything was delayed with the fictitious name, business license… but we didn’t want to rush to open,” said Voskeritchian.

For the remodel, the explosion of colors of the previous restaurant was removed and now Serrano’s features brown and black tones with touches of green thanks to plants - for a more classy look. “We wanted to make it nice and clean,” said Voskeritchian.

Serrano’s has a large bar area and some indoor tables, but as everyone knows, those are empty right now. The food service is all outside on the sidewalk tables these days. Large Loteria cards give a touch of color to the walls by the bar. Serrano’s also has a room that can be reserved for private parties.

Wrought iron chandeliers hang from the high ceiling and large frames feature black and white photos backlit with yellow light. Currently the restaurant serves 12 outdoor tables during the daytime and 14 at night.

The menu at the Coronado restaurant is the same as the one at the downtown restaurant. Serrano’s specializes in seafood tacos and Voskeritchian explained that unlike the downtown location, Coronado customers seem to prefer plates like the Fajitas. Popular dishes include Burrito California, Tacos prepared in the Asada or Pastor style as well as Aquachiles - raw shrimp cured in lime juice with choices of “Serrano verde” or “Chiltepin Rojo” with red onions and cucumber. More dishes on the menu are Seafood Burritos like the Octopus, Surf & Turf and Smoked Tuna. Premium Tacos feature choices like Filet Mignon and New York Steak. Seafood Tacos range from Shrimp Habanero with Cheese to Surf and Turf with cheese. Enchiladas, Fajitas, Quesadillas and Burritos are many of the delicious choices.

Serrano, who was born in Mexico City, grew up in Puerto Vallarta where his father owned a restaurant called Beach Boys; Serrano’s mom was the cook. Serrano got to know the restaurant business well and eventually opened a Spanish restaurant, steakhouse and bar in Puerto Vallarta called Los Pibes. Serrano closed that restaurant when swine flu (H1N1) became a problem in 2009. He later moved to San Diego and has been familiar with Coronado. He worked as bar manager at the former Candela’s at the Ferry Landing and was a bartender at Loews Coronado Bay Resort. Serrano then decided to open his own restaurant using family recipes. Voskeritchian, who also manages the downtown restaurant, said when the lockdown happened they took action.

“We never closed. We went straight to takeout. It was me, Oscar, the cook and the dishwasher,” she said.

Voskeritchian said a lot of locals have become regular customers and many know each other and have seen them talking from one table to the other. “One lady came first thing this morning and she was here last night,” she said.

“We’re modern, classy… We have a full bar and you can get any margarita you want. The vibe is really good in here, we have good music, service and food,” said Voskeritchian.