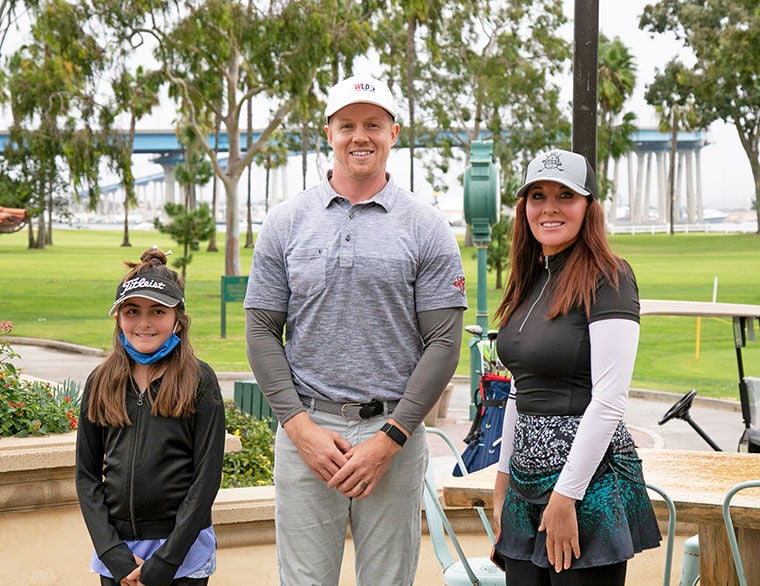 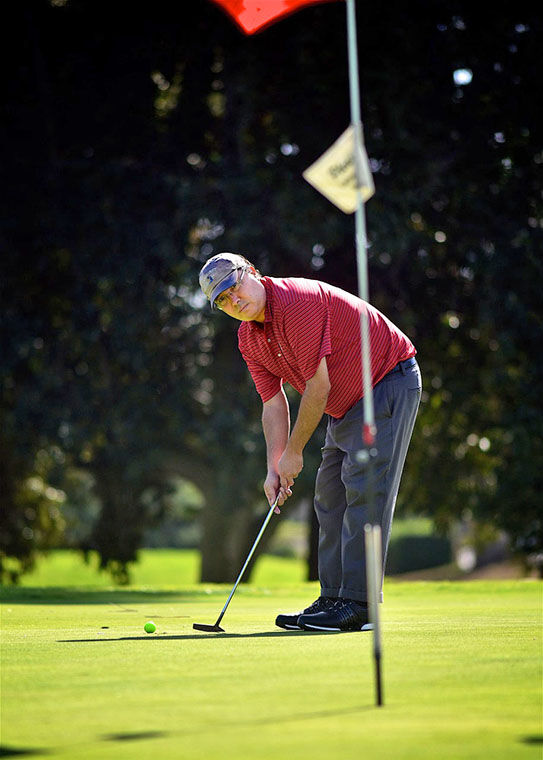 Community. A word that can take on many meanings, and in a town like Coronado, there may be nothing more important than that sense of community. Sunday, Nov. 8, at the Crown Classic Golf Tournament, Coronado once again showed just how important this town and this community is to them.

The Crown Classic Golf Tournament Fundraiser was created to help provide funding for the Coronado Schools Foundation and the local non-profit Coronado SAFE. Pilialoha Kilohana Estall, the founder of the first annual Crown City Golf Classic, made it very clear what she wanted this day to be about, to help bring awareness for youth mental health and raise money for the continued growth of STEM and arts classes for the Coronado Schools Foundation and Local nonprofit, Coronado Safe. “For me, our youth is such a strong indicator for our society, and because of that, we need to make our youth a top priority. As I strongly believe that if our youth are shining, then they’re thriving.”

For those of you who are maybe unfamiliar with Coronado SAFE, it is a non-profit organization that “helps youth and families in our community prevent or overcome challenges such as self esteem, bullying, divorce, social connection, drug use, suicide, grief and loss, communication barriers, mental illness, behavior difficulties, and more.” Estall hopes that the Crown Classic can be a staple event for Coronado SAFE moving forward and allow the non-profit to grow further within Coronado’s Community.

The Crown Classic Golf Tournament has been an event that has been in the works for over a year “I wanted an event that I knew that the Community would jump in on. And even more so, I wanted to create an event that would help benefit the Coronado Unified School District and Coronado SAFE.

Despite some gray clouds and some off and on again rain, the Crown Classic Golf Tournament still seized the day. It was filled with enthusiasm, entertainment, and a couple of birdies mixed in here and there. For those who took to the course, they were presented with several fun challenges along the path, including Closest to the Pin, Longest Drive, and even the opportunity to have the world’s longest left-handed driver, Dan Mcintosh, tee the ball up for you and your group.

For those who decided not to tee it up there was still plenty to be entertained with at the Crown Classic. Most notably were the live musical performances, which to Estall was perhaps what best showcased what this event was about. “We wanted to provide an opportunity for the youth to perform and help grow their confidence. The Coronado Cultural Art Commission and Commissioners, Mariah Gillespie, Sherrill Altstadt, Kelly Purvis, and Brad Willis were amazing. They created coronadoarts.com/foretheyouth where kids could sign up to perform. Our live performances were Theresa Kelly, Bobby Latano, Katie Moreno, and Jake DeSisto. They were all fantastic.”

JeanMarie Bond, the President, and CEO of the Coronado Schools Foundation spoke to the success of the first-year event saying, “For the first year of this event it was incredibly successful; we had a great turnout from the community. Events and fundraisers like the Crown Classic are essential for the continued funding and success of our school district.”

According to Bond, the money made from the fundraiser will help fund STEM and Arts classes for Coronado Unified School District. That includes courses like visual arts, basic and advanced art, engineering and lab-based sciences courses, and robotics.

When the scramble style, Crown Classic had ended, it was not a surprise to find newly elected Coronado City councilmen and current high school history teacher Casey Tanaka and his team, composed of JP Spane, Don Brown, and Matt Mandigo, atop the leaderboard. Local Coronado High School product Trevor Caitlin also took home some hardware as he won the closest to the pin contest. And Christopher Hajjar took home the award for the Longest Drive contest on the third hole.

Tanka, freshly removed from the winner’s circle, voiced his pleasures with the event and his first-place finish saying, “I have probably played in about a half-dozen charity golf tournaments in my two decades of being a mediocre golfer, and this is the first time I have been on a winning team. I am grateful to Alan Kinzel and his team for doing such a fantastic job of putting together a first-time golf tournament.

Tanaka, who as many know is a history teacher at Coronado High School, also pointed out and echoed the thoughts of Bond on the importance of fundraisers, saying, “These types of fundraisers are genuinely important to Coronado’s public schools because we are funded less per/student than the overwhelming majority of San Diego County and California school districts. Coronado has to be creative in finding other funds to maintain its programs and course offerings. Golf tournaments are one of the many creative ways to fundraise for a good cause like our schools and our families here in Coronado.”

When the event had ended, I asked Estall about what made her proudest of the event. She said, “Benefitting both SAFE and CSF (Coronado Schools Foundation) is really the big picture of our youth and the whole child, so it is an honor to support this annual event as a fourth generation Coronadan, with the collaboration of our community coming together. The first annual is always the hardest, but my hope next year is to continually build the community collaboration involving Islander Sports, dance teams to perform, you name it!”