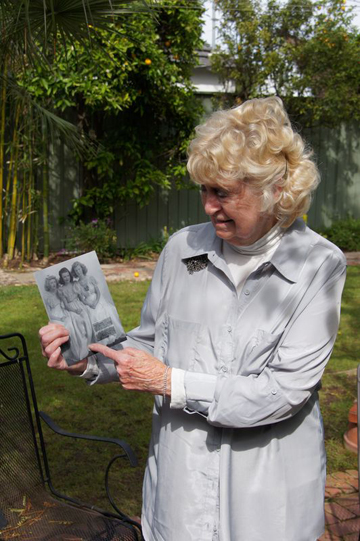 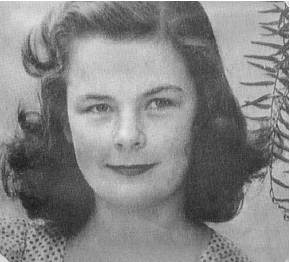 What You Don’t Know About the Most Prestigious Senior Award

After four years of hard work and dedication, Coronado High School (CHS) Seniors will be recognized for their accomplishments on June 2, 2014 at the Senior Awards Ceremony. Although it’s an honor to receive any one of the accolades at the ceremony, one of the most prestigious awards a senior girl can receive is the Molly McGowan Award. The only problem is, “most faculty, students, and parents I have encountered seem to know about the honor, but [none have] heard of the person, her story, and how her name happens to be associated with this much anticipated selection year after year,” said CHS Alumna, Class of 1944 Julia Viera. Recently, Viera contacted Islander Times in order to make one of her best friends’ story known in the Coronado community once again as the award celebrates its 70th anniversary.

Over this past Spring Break I was invited to Viera’s home in Coronado that has been in her family for over a century. There, I was given both the privilege and honor to interview her about her friend, forever immortalized in this award, and what it was like to be a student at CHS in the 1940’s.

The Molly McGowan Award is given in honor and memory of one of the most well loved and vibrant young women to attend CHS. Viera, McGowan, and their other six best friends went to CHS during the WWII era.

The last photo taken of McGowan was of her sitting in between Viera and Joanne Cross. The photo was printed in the Coronado Journal in December of 1941 because they were hosting a formal dance for all of the 300 students at CHS that never happened. It was scheduled at the North Island Officers' Club and would have had a live orchestra the Saturday a week after the day that would forever change their lives.

Coronado has always been a Navy town as the majority of the peninsula is in fact dedicated to the naval bases. However, it was a completely different world when “we were fourteen year old freshmen when the Japanese attacked Pearl Harbor on December the 7th 1941. We would forever remember where we were when we got the news that day, and who called to tell us,” said Viera. Japan’s attack on the United States was a monumental event that affected the entire nation, whether you were there in Hawaii as Viera’s husband was as an eighteen year old sailor or as the freshman girls were in Coronado. His, is the story for another time.

“At Coronado High School, our young lives changed quickly,” Viera said as she remembered the gas rations, smuggling their civilian friends on base to go swimming, and, most importantly, how everyone stepped up to the plate to help the war efforts. Viera’s father was a Navy flight surgeon and her mother was the volunteer chairperson of the Coronado Red Cross Home Service. Coronado’s world revolved around the Navy. The women and children volunteered as much as possible while the men trained to fight. “The boys enlisted, were drafted, and more than a few went to Annapolis or NROTC training because they were raised to do that, war or no war,” said Viera.

Luckily, out of all the boys from the Class of 1944, none of them were lost in battle. Although, that is not to say that Coronado did not experience the grief that follows losing a close one to the war. However, what Coronado and Viera were not used to, was losing someone they loved that didn’t have to do with war. “As teens, in the midst of WWII, we knew tragedy, but not among our contemporaries, and we were shocked,” said Viera. McGowan was diagnosed with Hodgkin’s Lymphoma at fifteen years old and passed away their junior year in 1943. During her illness, neither McGowan nor her mother, Irvine McGowan, let on to how serious the cancer had become. Today, Hodgkin’s Lymphoma is curable, but at the time, they were not so lucky.

After asking Viera what everyone should remember the most about McGowan, Viera explained that she was simply so vivacious and beautiful and should be remembered as a great friend and all-around great young woman. But more than that, Coronado shouldn’t just remember McGowan but Mrs. McGowan as well. Mrs. McGowan created the award in the image of her daughter—an all-around outstanding girl—and first awarded one of the eight girls within her daughter’s group of friends this honor. Her name was Joanne Cross. Cross passed away in 2009.

Although decades passed since her daughter’s death, Molly’s mother continued to grieve. “Hers was a lifetime of grieving, and yet she was sustained not only by Molly’s classmates, but by the thought of all those outstanding women who went forth into life with Molly’s legacy,” said Viera. Mrs. McGowan stayed in touch with all of her daughter’s friends, including Viera. She was very invested in their lives: “she would delve into our lives and adventures with deepest interest […] and would exclaim in her sweet voice, ‘This is how old my child would be,’” said Viera. It was not until the 50th anniversary of the Molly McGowan Award that she built up the courage and strength to attend the Senior Awards Ceremony with Viera and her husband, who was adored by Mrs. McGowan. At ninety-five years old, she had to be carried in by Viera’s husband—it was the first and last time Mrs. McGowan would ever witness a student receive her daughter’s award.

Congratulations to the 70th Molly McGowan Award recipient that will be announced at this upcoming Senior Award ceremony. It goes without saying that the recipient will be awarded one of the greatest honors to carry on Molly McGowan’s legacy.

“For those who knew Molly, no description of her vivacious spirit, her infectious laugh, her all-around jolly nature, would possibly be sufficient. The solace she holds in our memories as well as our hearts is filled with remembrances of her love of fun and laughter. We remember and cherish the thoughts of a gay, happy girl with dancing blue eyes and brilliant smile; the essence of typical American girlhood we all know and love. To this enduring memory the cup and plaque have been dedicated.” Beachcomber Yearbook 1944.

Latest news of the community as you deliver them with use of this source this is very nice job buddy hope you will share more. For purchasing of quality essay papers you can read best essay reviews those are written by online users.